A elderly woman beneath a bridge, washing bloody clothes, and keening her sorrow at their passing. In the trees above a hooded crow calls it’s presence, answering her sorrowful wail. There are many versions of this fae messenger throughout the world. In almost all of them, the banshee has been noted as warning of the death of one loved by the person hearing them, if not that person themselves.

The tone of her singing varies wildly, from a glass-shattering piercing wail of the broken heart of someone who lost a loved one, to the soft, sorrowful song of one mourning a passing long in coming. In all cases she signals the passing through the veil of someone we know.

The tales say that she would come and keen the death of important personages. Others would say she warned of the death of a loved one far away. The truth likely lay somewhere in between. For one known and adored by many who passes is likely to have the bean chaointe (keening woman) travel far and wide, telling all those whose life that person touched. 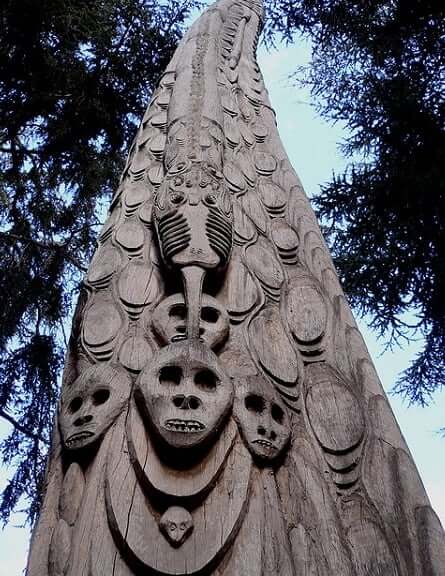 One imagines they find themselves somewhat unwelcome, as it is known that death comes for all things in time, and as such they are most certainly messengers to their own kind as well.

While a Banshee can call the death of anyone, that some families have banshee tied to them, who handle the delivery of the warnings of the death of those within. Often these families are, or were, nobility, though this was by no means a limiting factor on which families could have their own banshee.

One family, the O’Brians, were said to have a great Banshee by the name of Eevul who held a court of 25 banshees of her own. It is thought that this was based on the idea that the greatness of a person could be told by how many banshee wailed their death.

One of the identifiers of the banshee was that they would be dressed in pale clothing, and would be seen brushing her hair with a silver comb while she wailed. A common Irish superstition is, if one should find a comb lying on the ground that it must be left lay. It is likely a trick by the Fae to lead the one holding it away, and the banshee may come looking for it.

One last note, the Banshee is often thought to keen with a sound like that of the Barn Owl, a nocturnal hunter with a screech that heard on a quiet dark night can send chills down your spine.

If you find that you have one on your property, one would be well served to make it welcome. A gift of fairy foods, and perhaps a gift of a comb may have her move on her way, or perhaps decide to stay on with your family as a messenger.