If you’re looking for a supportive and caring companion, look no further than the Pisces woman. If you are thinking of dating the Pisces woman, then you have made a good decision. Read on to get a few dating tips and tricks based on astrology love compatibility between the 12 zodiac signs.

Thoughtful, demure and insightful, the Pisces female knows you better than you know yourself. Although she can be too emotional for some men, her nurturing manner and sympathetic nature make her a wonderful partner for life.

You’ll definitely have to make the first move when talking to the Pisces woman, so approach with caution. As an introvert she’s often found standing by herself, and she’ll shy away if you come on too strong. Keep the conversation low key and light until she feels more comfortable with you. 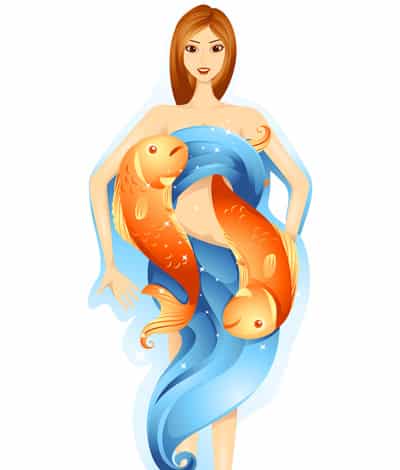 Be prepared if she doesn’t accept an invite on a date right away. The Pisces lady takes her time in making decisions, but if she does agree to see you try to keep the idea simple. She’ll leave it up to you to decide the details, for as a water zodiac sign she’d rather go with the flow than rock the boat.


Pisces women don’t mind a conventional approach to start, so dinner and a movie is fine with her. And as you get to know her you’ll learn she has a dreamy quality to her, an imagination that loves fantasy and magical places. Appeal to this side of her and she will agree to a second date.

Because she’s a hopeless romantic, the Pisces woman loves traditional gifts such as flowers and jewelry, and will squeal at any kind of surprise. And if you can remember the dates of special occasions throughout your relationship she will be even more enamored with you.


Your Pisces date loves role playing, so costume parties with friends or an intimate evening at home with you dressed as a mystery man will delight and excite her. The more effort you put into it, the more she will reciprocate with her own special gifts and surprises. Just be careful not to upset her delicate nature, because she is extremely sensitive and this might lead to a breakup.

This is very important to remember when the Pisces woman brings you into her bedroom as well, for it took her a long time to decide you were worthy. But she’ll be worth the wait because her imagination runs wild between the sheets.

Even though she is soft and romantic, she will indulge your every fantasy for she loves being taken out of reality and transported somewhere else. But don’t try and force her into anything which she doesn’t like to indulge in.

Being symbolized by the fish, the Pisces female will swim deep below the surface and not return to you until the coast is clear. She is incredibly emotional and feels everything at a higher level than most others, so it is easy to upset her tender personality.

But it’s this same zodiac personality that draws people to her. The Pisces woman is a great listener and will always help those in need, although she may be taken advantage of for the same reason. If you want to become serious with her you will also play the role pf protector, keeping her from those who don’t have her best interests at heart.

The Pisces female also has a small circle of friends and family who are very dear to her, and it’s important you get along with them as well. She hates any kind of negative thinking, so it may be a challenge to keep some of your more critical comments to yourself. But she will always be in your corner and if you commit to her, she will play the damsel to your knight in shining armor forever.