Dating A Soldier: 10 Things To Know

10 Tips To Know Before Dating A Military Man

Have you ever thought of dating a soldier? People see soldiers as the all-fearsome and complex type of people. Yes, they can be complex, but that is because of their training. But soldiers are the much-disciplined group of persons, and they can be lovely to be with. However, dating a soldier is nothing close to rosy.

It is a mix of good, bad, and ugly experiences. So all you need is to have an open mind and go in for what you want. Now, here are some things to know before dating a soldier.

Dating a Solider: Things to Look Out For

1. You May Feel Lonely

Soldiers have many responsibilities on their shoulders towards protecting their country from any form of aggression. They are the defenders of the state and can be posted out of town at any given time.

But some go on peacekeeping missions of war for many years, leaving their partners behinds. So you are likely to be alone mostly while they go on a mission. If you can’t endure loneliness, don’t go in for a soldier.

2. They May Complain About Their Job, and You Will Feel Helpless

So being a soldier is not an easy thing. Aside from the worse scenario of dying at the war front, soldiers make many sacrifices in their duty. This makes them sometimes want to leave the military for good.

The worse thing is that you will feel helpless during such situations. There is no way you can help them out other than to offer advice. Leaving the military is not as easy as you may think.

3. Giving Them Absolute Support is a Must

Look very tough and strong outside but can be weak inside. They watch their friends die during the war so that they can be affected emotionally despite their training. They will, therefore, need your support and affection. Encourage them whenever they are down.

Cautiously reaffirm the importance of their service to the nation. Tell them they can’t give up now, and that can be enough motivation to push them on.

4. Moving From Place to Place is Unavoidable

Soldiers can be transferred at any time to places where their services are needed. You would, therefore, have to move in with him whenever it happens. This can be very difficult, especially for those whose career demands they stay in a particular place.

Your only option would be to stay back when he is transferred, and that can affect the relationship in the long term. Don’t date a soldier if you can’t be moving with him.

5. He May Forget His and Your Anniversaries

They have a lot to think about, so some of the anniversary dates may escape him. If he remembers, that is great, but don’t be on his case when he forgets that important anniversary. If you don’t want him to forget, you can send a reminder a few days before the anniversary.

6. They are Susceptible to Stress and Depression

Stress has become a normal evil of life, and managing it can be a hectic task. If badly managed, stress can lead to anxiety and depression. Remember that you can undergo stress and anxiety when you date a soldier. You know how dangerous the profession is, and not hearing from them for days can be very disturbing.

This can get you worried as to what has happened! You may be thinking whether they have been shot at the waterfront or captured by enemies? If you are poor at managing stress, save yourself from dating a soldier.

7. Be Ready for an Adventurous Life

Their profession is full of adventure, and they may bring it to their dating life. So once you settle to date a soldier, be ready for such an adventure. But moving from one location to the other, meeting different persons and the many others associated with the profession.

Such adventures can build your endurance; make you tough and independent. So you will be able to withstand whatever life throws at you.

8. They May Not Always Show Up For a Date

You both can agree on a day and time to spend some quality time together. But it is not automatic that they may show up. It wouldn’t be their fault for not showing up, but a decision taken by a superior.

So scheduled day and time may coincide with other important days in the military, or an emergency may come up, of which your partner’s service may be needed. Sorry, but that is part of their job.

9. You May Lose Them Unexpectedly

So being a soldier is like signing your death certificate. So it is one of the risky professions in the world of not the first. They can die at any time during their service.

So when they say there is a mission in Afghanistan or Iraq, there are many things involved. They may return safe, injured, or dead. If you can’t contain such a situation, then find a partner in another profession.

While dating a soldier may sound crazy to many, and your parents may not like it if they know how dangerous the profession is, it and wouldn’t want to be a widow at a young age. 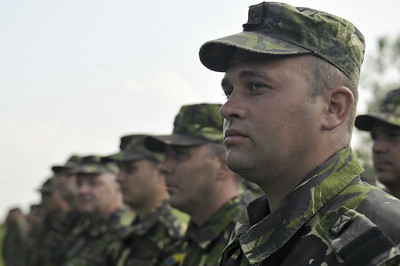 So salute all the fallen soldiers who died in the line of duty. This can also happen to them, and your parents may need you to reconsider the decision.

The above points are but a few points of things to consider before dating a soldier. But don’t just fall for the uniform, stature, and other trivial matters.

While dating a soldier is a real job on its own. So if, in the end, you think they are the best person for you, why not go ahead and start a relationship.