Tattoos were another of the vivid artistic portrayals that the Celts indulged in. They were particularly popular among the fierce Celtic warriors. They may have mimicked this action from the Pict warriors, who were tattooed for the purpose of intimidating their enemies. In fact, this group of people is recorded as participating in battle bare-chested or half-naked, which would further support the concept of intimidating the enemy.

Celtic warriors fashioned their hair with brightly colored dyes created from flower paste, which they believed complemented the tall spikes that they fashioned around their head. We know that battle was considered to be the highest of honors for the Celts, so it makes sense that they would go to such decorative extremes in battle’s name. 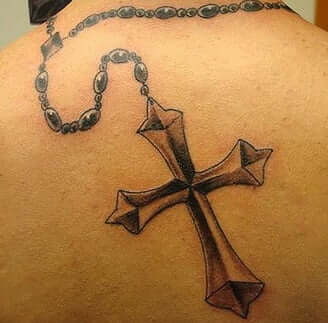 Unlike our modern tattooing, which is performed with sterilized metal needles, ancient Celtic tattoos were done using the Woad plant. As a hardy plant native to the Celtic lands, Woad was the primary source for making blue dye. The leaves of this plant were harvested then dried before being boiled. After being strained, the Woad leaves were boiled again.

This lengthy process created a quite viscous product that was very paste-like in nature – seems strange, right? The paste actually served as the ink for the tattoo. Once it was ready, it was tapped into the skin using needle-like implements. Essentially, the under layers of the skin were being forcibly stained with indigo.

The Celts had several choices to choose from when it came to tattoo designs, but warriors were more likely to choose things that stood for powerful, masculine symbolism. The traditional cultural Celtic knots made frequent appearances on warriors’ bodies, especially on the upper chest and arms. Animals were extremely symbolic, as well.

They were imprinted to represent protection and to convey ferocity, courage, and a lack of empathy in battle. Single, double, and trip swirls, trinities/triquetras, geometric shapes, and other common Celtic symbols were also used for tattooing warriors. These more basic, less complex symbols were most likely inked on in order to show the organic energy that all Celts held so closely to their hearts. The natural energies of the wind, time, and motion in general were crucial to this spiritual and nature-loving group.

Furthermore, the brave Celtic warriors wore their battle scars with pride. After receiving wounds, soldiers would then emphasize the impressive scars they’d gained. To be wounded was a sign of courage and honor, so rather then trying to minimize or hide them, the Celtic warriors played them up.

When the scars were shown off in conjunction with the intricate and artful tattooing, passers-by could not help but show reverence and thanks. Add this to the dramatic spiking hair with bright and unnatural colors and you have yourself one intimidating piece of fighting machine.