Hazards Ahead! 10 Types of Men You Should Never Date

10 Types of Men You Should Never Date

It’s raining men! It’s great being single and having a sea of men around you. Take your pick.

Just be aware of which ones you should throw back.

Here are 10 types of men you should not even consider dating.

Sugar daddies will dazzle you with gifts, expensive dates, and luxury, but that is all they have to offer. They don’t have the personality to connect with you on a real level, and they are probably not interested in an honest relationship. They want to trade the goodies for physical companionship for a while and then move on to the next hot thing.

This guy is that hyperactive kid from first grade who’s no longer on his medication and has grown into a man who cannot sit still. He’s incapable of relaxing and will be physically unable to focus on you for more than 30 seconds at a time. He doesn’t understand the concept of quality time.

When the name-dropper takes you out, he’s much more interested in proving how well-connected he is than in showing you a good time. He will point out how he’s got an expensive car, suit, or phone. He’ll make a big deal out of knowing the staff at the restaurant. You’ll be exhausted from feigning interest his meaningless babble all night.

Every girl wants a guy with a good job, great career and lustrous future, but if work is the highest priority in his life, you’ll be left high and dry. If he’s constantly taking work calls, goes into the office on the weekends or cannot hold a non-work conversation, leave him at the office. 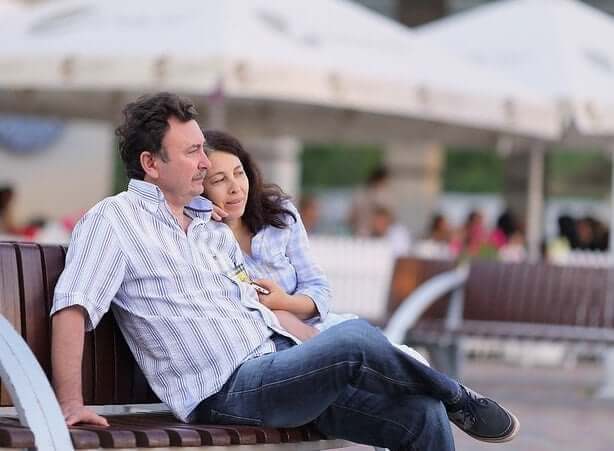 Dating at work is always a bad idea, but dating your boss is especially toxic. Relationships are hard enough without adding the complexity of a boss/employee situation on top of it. If you love him that much, get a new job.

Don’t go there. It’s much worse for you than it will be for him. And don’t believe anything he says about leaving his wife. Even if he does leave his wife and wants to start things up with you, remember that he left her for you. Who will he leave you for?

Boys were fine when you were trading cooties in school, but if a guy shows no sign of having grown up a bit since then, stay away. This guy has not learned how to take care of himself. He still parties like it’s 1999. He spends his time pursuing entertainment or chemical happiness, and he has no plans to change. Go ahead and party with him, but don’t take him home. If you feed him, he’ll never leave.

Some guys live on a constant wave of testosterone. They will respond angrily to anything that doesn’t go their way. These guys threaten waiters who mess up the order. They insult people loudly. They cut off other drivers in retaliation for a perceived offense. They are embarrassing to be with in public, and in private, they may turn that anger on you.

This guy is not necessarily a real spy, but he might as well be one. He makes it clear that certain parts of his life are off-limits to you. He may not let you come to his place; won’t introduce you to work colleagues or doesn’t want you calling during the day. Chances are he’s hiding something, but you won’t ever know. You’ll always be outside looking in while dating him.

Every woman has a crush who just will not turn his head and notice her. You may have decided to ask this guy out yourself and he might have accepted. But be honest with yourself. Is your boyfriend showing any signs of interest? A man can have a hard time telling a woman who he’s just not interested. His actions will tell you though, so pay attention. If he’s not coming around, then find someone else.

There are way more great guys out there than duds. Don’t waste even a minute of your time on one of these losers. Keep fishing and you’ll find your prince.