There is a lot of confusion and stories out there about what Wicca and Witchcraft is and is not. There are those who claim it is a form of traditional witchcraft going back thousands of years.

They claim that their families have been practicing “The Craft” back as long as they can remember, through hundreds or even thousands of years.

In this article we’re going to discuss the verifiable history of Wicca in the world at large today. We will be referencing the origins near the beginning of the 20th century. The first instances of Wicca magick being brought to the public was actually in 1954 by Gerald Gardner. Gardnerian Wicca is one of the oldest and best documented branches of Wicca, and is therefore often thought of as the first.

One thing to be clear on, Wicca is not an ancient religion, it very clearly only extends back as far as the beginning of the 20th century. However, the rituals, traditions, and indeed much of the philosophies of the religion are drawn from much older sources.

Some of these are indigenous religions of various countries of the world, including most popularly the Greek, Norse, and Welsh. These by no mean are the only religions and traditions drawn from.

Since the religion is incredibly decentralized and has no central leadership, there are as many forms of the religion as there are practitioners. Recognizing the danger of making a gross generalization, there are some very basic tenets that can be a recognizing binding factor. 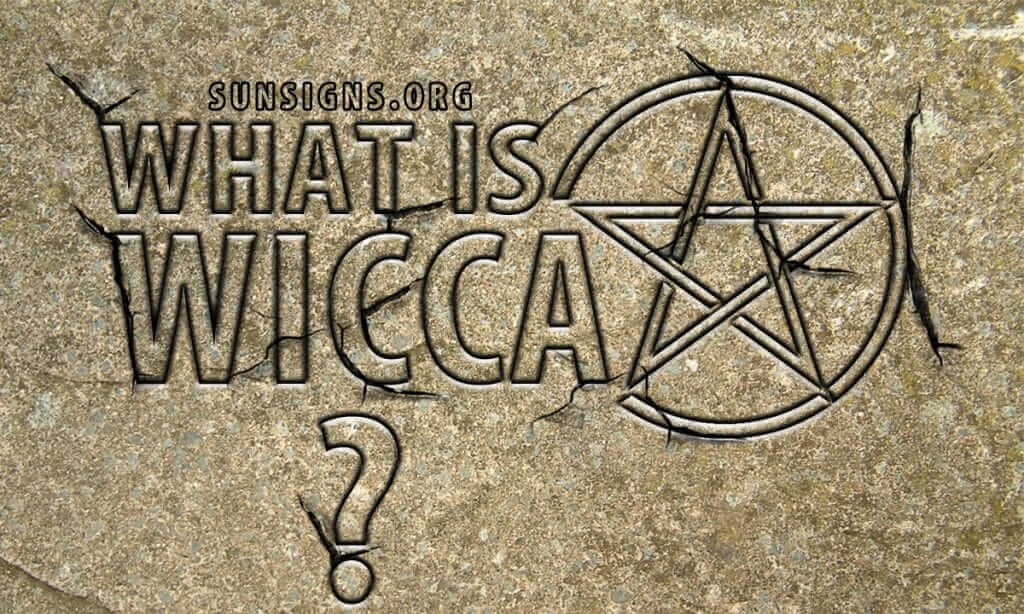 The religion is duotheistic at it’s core, recognizing a Masculine and Feminine divine principle, most often recognized as the ‘Mother Goddess‘ and the ‘Horned God’. They are often seen as the heads of a much broader pantheon of Gods and Goddesses gathered from various faiths.

There are 8 seasonal festivals known as Sabbats, and lunar festivals known as Esbats. Magic (often spelled magick to separate it from stage magic) is central to the belief, the practitioners believing they can enact change in their lives through ritual and focused energy.

They also tend to function under an anonymously written “Wiccan Rede” which goes as follows: “Eight words the Wiccan Rede fulfill, And it harm none do what ye will”. This was originally published by Dorren Valiente in 1964.

The rule basically cautions it’s followers against taking any action in their lives that will cause harm to another, (and this concept is often extended to include the self), but in all other things to act freely. This means that Wicca does not represent sin, even a violation of the rede only guarantees a reckoning at the hands of a non-anthropomorphic force known as ‘Karma‘.

The above is a gross oversimplification of the incredibly complex and diverse religion that is Wicca. There are even arguments regarding whether or not ‘Wicca’ is an accurate term. In general it is best to approach any psychic practitioner with an open mind, and as few assumptions as possible. The above simply provides a basic guideline for magic to get you started.

Share
Previous Why I Love Reading?
Next 6 Ways To Ask A Man Out – Tips for Intrepid Women