How To Summon A Familiar Spirit?

How To Summon A Familiar Spirit?

The word “familiar” conjures up images from role-playing games and radical religious organizations, but what are they, really, and how can you get one?

Spirit Animal. Spirit Guide. Guardian Angel. Guardian Spirit. All of these terms refer to basically the same thing: a familiar spirit. In the folklore sense, familiar spirits were thought to be demons or Fae that were summoned up by witches to do nefarious deeds.


Of course, the reason that is the folklore we now have is that the Christian church, which had overtaken the entirety of Europe with violence and war. It was the entity that wrote all the folklore of the period.

In reality, familiar spirits were used by healers and cunning folk since time immemorial, have been a major part of Native American folklore, and can be seen in basically every country’s historical storytelling.

Familiar spirits are not demons, if such entities can be said even to exist; neither are they ghosts, for those are a different subset of entity. Familiar spirits are simply helpful entities from one place or another that offer their assistance to whomever they please. Some can be called, and some simply pick someone and help them without the calling. 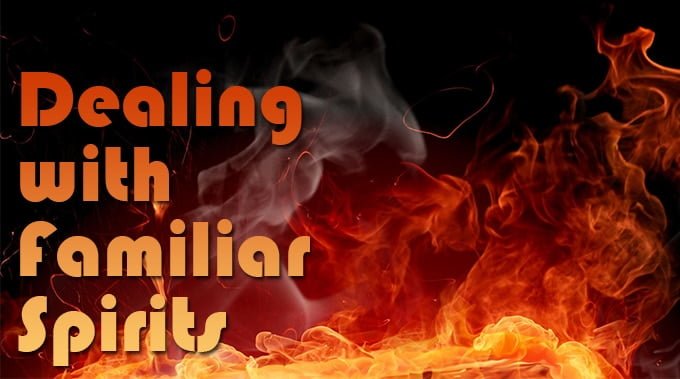 Either way that it happens, they tend to be benevolent, or at least not ambivalent. They tend to be entities from the Astral Plane, but can be from the material plane or any of the other fringe planes as well.

It’s often talked about that children, having less of a built-up-barrier to the spirit world, can see spirits and ghosts much more easily than can adults. This is never clearer than in the child’s imaginary friends. Surprise, surprise – guess what imaginary friends tend to be? Familiar spirits!

Your child’s imaginary friend may very well be their own familiar spirit. Did you have an imaginary friend, but at some point along the way they sort of just left or disappeared? Chances are you stopped believing in them because everyone said they were not real.

Familiar spirits grow on the belief of their subjects. If you call a familiar spirit, that alone is enough proof for them to know that you believe in them, and they have an easier time connecting with you. They can be an animal, or a person, or a creature that does not exist on the material plane, but they generally take the shape of something familiar to the caller.

There are scores of spells on the Internet for calling a familiar spirit, and to an extent, all of them “work” in that performing them gives the spirits the belief that they need.

Really, you do not need any intricate rituals or incantations (though if your tradition uses them, then more power to you).- All you need is the ability to open your mind to their help. They will find you.