How good or bad is the love compatibility between a Virgo and Pisces emotionally, mentally and sexually? Read on…

In a Virgo and Pisces relationship, they are likely to have many ups and downs. These two star signs are opposites of each other. They can either use this fact to balance each other out, or they can let their differences get between them and ruin their relationship. While they may argue sometimes, they don’t mean to.

One thing this couple has in common is their desire for a happy and loyal relationship. This is a great foundation to build a relationship off of, but will it be even to keep these two very different sign together? Keep reading to find out more about the Virgo and Pisces love compatibility!

Virgo zodiac sign is a hard-working and ambitious sign. They want to do great things with their life. They will be okay with settling with the mundane or boring so long as it does some good. It is not strange to have a Virgo man o Virgo woman working in accounting fields or in a hospital because of this. They have great organizational skills that can help with these kinds of jobs, and their lives in general.

Virgo birthday person likes to have everything in order so that they know what they are doing. Virgo is a sign that would meticulously plan a date, or have a date at home. This sign is not very social, so it is sometimes hard to meet people to even start a romantic relationship with. Once the Virgin starts talking with someone who they click with, they can hold a conversation all night. This is usually how a relationship with a Virgo starts.

Pisces sun sign has many traits that are opposite of Virgo. For instance, this star sign is extremely social. They love going out and meeting new people. This sign often has a large circle of acquaintances that they can call upon whenever they get the urge to party. Pisces also has close friends who they care about deeply and would do anything or if they had to. This sun sign is not great on their own, so they like having other people around who can help to balance out their own zodiac personality.

Pisces personality is also a poor worker when compared to Virgo. They will not feel comfortable in a leadership position. Instead, they would rather someone tell when what to do so that they are doing it right. This sign is creative, which can spark a conversation with a Virgo. They are also full of intuition. So they will be able to tell when something is wrong with the Virgin and they will be able to help out their partner in this way. 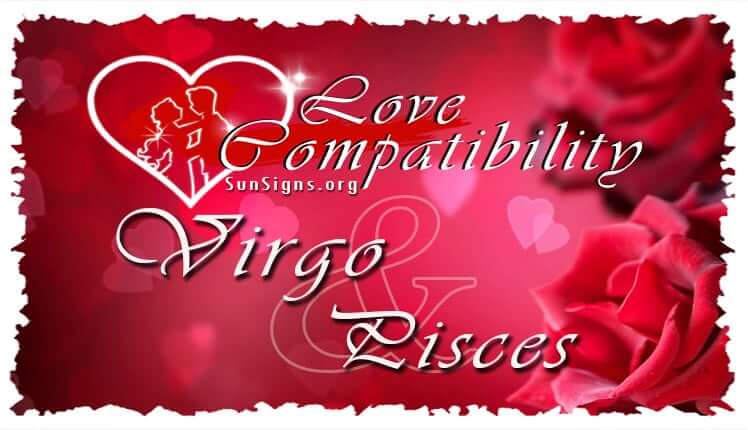 From looking at these star sign’s traits it is easy to see that there are some big differences between them. It is also shown that some of these differences can benefit this couple as well. Let’s take a look at what happens when these differences are able to help this Virgo and Pisces compatibility. Here are some pros to a Virgo Pisces friendship.

Because these two star signs are so different they will be interested in each other. They will be curious as to how the other one thinks and acts. This could be what initially brings this couple together when the Virgo starts dating the Pisces. Because they do not have much in common, each sun sign will tell each other what interests them personally, in order to try to teach the other a little more about themselves.

When there is a problem within the Virgo Pisces marriage, these two astrological signs will be great at talking it out. If one of them needs to adjust the way that they do things so that the other will be happy, then they will. Both these signs are flexible people, say zodiac compatibility predictions.

These two sign’s differences can help to balance out both of their traits for the better most of the time. Virgo will be able to teach the Piscean to be more stable and in control of their own life. While the Pisces man or Pisces woman will do their best to teach Virgo to take the edge off and relax every once in a while. If these signs really put some effort into this relationship they will be able to change each other for the better.

While this article has shown what Virgo and Pisces’ differences can do for the better, sometimes their differences may cause conflict and affect their relationship in a poor way. Although it’s no fun to think about it, let’s look at some cons of a Virgo and Pisces love compatibility.

Pisces star sign is a rather unorganized sign. While they do have the positive trait of being creative, that creativity comes with the negative trait of spending a lot of their time day dreaming. Pisces life cannot be kept stable without the help of others, and often Virgo will get annoyed because of this. They might think something like, “Why am I with someone who can’t even manage themselves, let alone a relationship?” Virgo will need to take on the responsibility of success of the Pisces compatibility, which at times will make them feel more like a parent than a partner.

Virgo people are hardworking and they know the value of a dollar, and that earning money is an important part of being stable. Pisces doesn’t quite understand why earning and saving money is so expensive. So they are likely to have a tough time earning money, and when they do earn money they are likely to spend it on frivolous things. This is something that can be greatly annoying for the Virgo compatibility. They will think that Pisces is not taking life seriously enough, which is sometimes true. Pisces like to spend their time looking for the next big adventure.

Many Pisces men or Pisces women don’t plan out their adventures, instead they let intuition and a plane ticket guide them. Virgo will not like this trait in Pisces. They think that it is more important to stay grounded and to focus on the important things in life, like a job and a person’s family. While Pisces can accept that those things are important in theory, they are not about to start practicing them. This can cause tension and even cause a Virgo Pisces break up. Virgo will want to be with someone who can be close to them, not someone who is halfway across the globe. They will want to be with someone who shares their traditional family values.

While Pisces sun sign can be full of spiritual values, it is not likely that they will want to slow down and start a family any time soon. The longer these two signs stay together the more they will notice how many differences they have. This Virgo Pisces love relationship may be able to last for a little while, but it is not suited to last to in the long-run. These signs are simply too different from each other for the success of the Virgo and Pisces compatibility .

In conclusion, these two star signs are too different from each other for the Virgo Pisces love compatibility to work out for long. While their differences may be able to bring these two signs together in the beginning, in the end it will ultimately be their differences that end up separating this couple. This couple is just too different to be compatible. They would be better being with signs that are more like themselves.