The Luck Of Pairs And Doubles In Feng Shui

Ever heard of the saying, “Two is better than one”? Well, in Feng Shui, this saying also rings true. It’s about the strength and power of more than one person or one object. Pairs and doubles are also meant to represent the idea that they bring double the strength of the single. But we want the chocolate bars, if the money, double the intelligence, or twice the confidence if we could have it? That is the beauty of the power of doubles or pairs in Feng Shui.

So it could be about having that special someone to love, count on, and spend life with. It’s also about having a friend to depend on during tough times and celebrating during good times.

Pairs And Doubles In Feng Shui:

Being in love usually adds brightness, joy, and happiness to one’s life. It makes people feel more robust and secure than someone who has their back and will always be there for them.

So pairs exist everywhere. But Nature abounds in them. We have two eyes, two hands, and two feet. But seek companionship with another, and there are day and night, salt and pepper, pairs of pants, pairs of shoes, pairs of socks, pairs of gloves, and pairs of people.

Socrates believed that the human race was originally two people fused into one. After they misbehaved, the gods decided to break them into two.

But as punishment, humans are destined to spend the rest of their lives in constant yearning and the continuous search for their “other half” and soulmate. We all can understand and appreciate the power, comfort, and beauty of passing through life with another at our side.

Yin and Yang In Feng Shui:

Chinese cultural tradition is no exception to understanding and appreciating this power. Based on Feng Shui is the belief in yin and yang.

This is the perfect balance of male and female, heaven and earth, and the belief that two are stronger than one alone. In China and other Asian nations, orient pairs and place particular symbols to pull from their strength.

For example, Fu dogs and lion-like beasts are traditionally placed outside offices, government buildings, and wealthy places. Since there are male and female “dogs” (providing unity and a balance of power), they are intended to protect space.

Mandarin ducks are often seemed swimming in pairs and mate for life. So they are displayed in pairs to attract love and bring success to romantic relationships. But these pairs of animals traditionally represent love and marriage.

#1. Pairs And Doubles In Feng Shui represent Love and romance

So displaying pairs helps give renewed energy to old relationships and helps single people to attract that special someone to their lives. Double the object, double the love!

Not only do doubles and pairs help people find love and grow in their relationships, but two also bring good luck in all areas! So One’s lucky number is the date of birth. For example, if they are born on the third of a month, the number three is their lucky number. A double of that number (33) is even luckier!

Adding pairs and doubles to the home and work, so spaces provide comforting energy of balance (think two-night tables, one on each side of the bed).

Including pairs and doubles of the correct objects in the home or the office’s career sector will help encourage good career opportunities and advancement and opportunities for increased wealth.

The power of the two is so strong that it can give a zone of protection over the space. So, there are plenty of ways to add this power to one’s life, home, and workspace. But it’s just about finding the right object to pair up to attract double the power of it.

But it is essential to make a note about the Bagua. Displaying pairs anywhere is auspicious, so depending on the area of life that needs a little extra push, display pairs in that particular area for additional power.

Here are a few easy ways to add pairs or doubles

To put pairs of decorations together: two candles, two flowers, two mirrors, or two baskets for a start

So Create balance: two lamps on two tables on each side of the bed.

For example, if the lucky number was 4, try to add 44 to the phone number, license plate, email address, or different passwords. Not only is one of the lucky numbers useful, but two are double the luck!

But other new, original, and creative ways to include pair of doubles in the home or office.

“Two is better than one.”

“There is strength in numbers.” These words are valid across many cultures, especially in Chinese culture. But humans understand the strength in finding someone special to spend life with.

When Feng shui tries to harness this power and channel it into good and positive areas.If the power of two can be proved in various ways, decorating, furniture orientation, and including lucky numbers in day-to-day life. 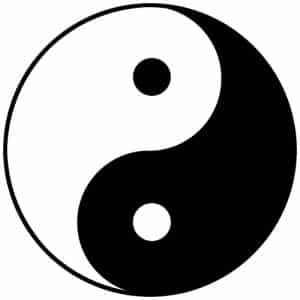 But perhaps many of us have not yet found that important someone to spend our lives with, and the yearning for one’s soulmate can be powerful, so using pairs can help attract romantic luck into our lives. So we have found that special someone can use this power in other areas of our lives!

So we can encourage positive chi to enter our world of career and wealth, health, and balances. But most noticeably in love, relationships, career, family, and health and wellness.

If we choose to take double of a good thing if we could? When do we like little extra strength, confidence, and positivity in our daily lives? But the fun about this part of Feng Shui is that it’s accessible.

The actual object isn’t as important as just having two of them. So, it can get one’s creative juices flowing.