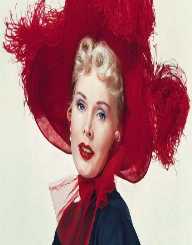 Zsa Zsa Gabor was born as Sari Gabor to a soldier father and a mother who was an heiress of wealthy jewelers. She was born on 6th February 1917 in the Hungarian capital of Budapest. She coined the name, Zsa Zsa for herself while she was still a child. By the time she became a teenager, Zsa was discovered by Richard Tauber, who was already well-known as an opera singer. This eventful meeting took place in the year 1934, and this is what set her on the path to humongous fame and limelight. Zsa Zsa Gabor’s style and élan stood her out in her early years so that by the year 1936, she emerged as the Miss Hungary pageant winner.

In the year 1937, she got married to Burhan Asaf Belge, who was a Turkish government employee. It was reported that she proposed to marry Asaf after their meeting. Zsa's parents lavished her with expensive gifts that included a diamond ring of 10-karat rating. Zsa moved to the United States in the year 1941 after her marriage fell through. She traveled with her mother to join up with her sister, Eva who was already in America at the time.

Life in America started on a roller –coaster as Zsa Zsa met Conrad Hilton, the Hilton Patriarch. They got married after dating for four months and were able to have a child named Francesca. Their marriage ended in the year 1946. In her resplendent glow as an attractive blonde, Zsa Zsa got the roles that threw her into the limelight after her marriage ended. She was able to notch appearances on TV to keep her career going, and she did not shy away from odd movie-roles.

Zsa Zsa Gabor showed up in the MGM film that was released in 1952 titled “Lovely to Look At.” In the same year, she was starred in a comedy called “We're Not Married.” This film was released from the stables of 20th Century Fox. Her role here was less glamorous as a supporting actress. Zsa's next port of call in her romantic voyage was to date George Sanders. George was an A-list actor with huge fame at the time. Their marriage ended in 1954 after five years together.

Zsa Zsa Gabor broke into the A-lister movie role in the year 1952 when she was cast in the epochal movie, Moulin Rouge. The renowned star, John Huston directed the film, and it was reported that she had a hard time working by his rules. The other films that came her way included Lili in 1953 as well as the 1954 flick, 3 Ring Circus. Zsa Zsa Gabor was on the cast of the 1956 film, “Death of a Scoundrel” as well as “The Man Who Wouldn't Talk” in 1958. These filmmakers only gave her supporting roles.

As the 1960’s dawned, Zsa Zsa Gabor had grown in image and self –assertion. And she notched up such cameo showing in films like Pepe in 1960 and the 1967 hit, Jack of Diamonds. Zsa was already a notable figure at the time, and she enjoyed showing up on sets just as she was.

The 1960s was a roller coaster for Zsa Zsa as she went on to replace husbands like a change of costume. She wed Herbert Hunter in the year 1962 before moving on to Joshua Cosden. It was only a matter of time before ending up with Jack Ryan, the famous inventor. Not yet done, she moved in with Michael O’Hara before capping it up with Felipe de Alba, who was also an actor. Her marriages could only last a year to about five years, at the most.

Zsa Zsa Gabor turned a new leaf in 1986 when she got married to royalty after she hooked up with Prince Frederick Von Anhalt. The prince was younger than her by about three straight decades. However, the royalty of the Prince link was deemed to have a latter-day premise and not founded on descent but adoption. Like Zsa Zsa, the prince also had a less than salutary past with a marital history that included six previous women.

Zsa returned to the big screen in 1991 by starring in her name in the movie, "The Naked Gun 2½: The Smell of Fear". Zsa was not a stranger to controversy as she got arrested in the year 1990 for slapping a law enforcement officer in Beverly Hills. It was a traffic dispute for which she got convicted. Her notoriety was cemented afterward when she completed three days in jail and completed community service alongside. Zsa was known in the UK for her role in the 1997 TV show called “The Ruby Wax Show.”

Zsa Zsa Gabor was reputed to have campaigned in 1968 for Richard Nixon and this she reprised in the year 1972. Zsa Zsa Gabor was inducted in the year 2004 to the B-Movie Hall of fame. She was also dubbed infamously as the “Most Successful Hollywood Courtesan of the 20th Century.” She was a close pal of Elizabeth Taylor, whom she outlived.

Gabor’s later years were not as eventful as she was an accident victim in 2002 and this consigned her to the wheelchair for the rest of her days on earth. She also fell ill to stroke within three years of getting impaired. This led to the loss of her right leg as a blood clot infection set in so badly.Zsa lived bedridden after that, but Von Anhalt was committed to her and looked after her carefully.

She was admitted in 2016 in February after she contracted a lung infection related to her feeding tube. She died at age 99 in December of the same year.

Zsa Zsa Gabor was married to nine different men over the course of her lifetime. Her daughter, Francesca is the known offspring she had until her death.