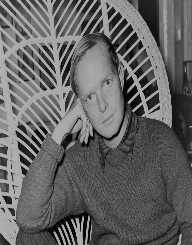 Truman Capote was born in the U.S. state of Louisiana on the 30th day of September in the year 1924. His parents were Lillie Mae Faulk and Archulus Persons, although they separated by the time Truman turned four years old. Truman Capote had to move in with his mother’s siblings in the state of Alabama after that. It was no long shot when his mother remarried to Joe Capote, and this led to his reunion with his mother. Truman practically taught himself to read while still a young lad and completed his first book of short stories when he was in his late teens. He shared the same neighborhood with Harper Lee, known for “To Kill A Mockingbird,” at a time, in his growing up years. The pair nurtured their friendship into a lifelong one.

Truman Capote attended the Trinity School in his early years before heading to the New York operated St. Joseph Military Academy. By the year 1939, his family relocated to Greenwich, and he had to attend Greenwich High School. Truman began his writing career by writing for the literary journal of his school. His writings also showed up in his school newspaper. He transferred to Franklin School in 1942 after his family relocated back to the city of New York.

Truman Capote's collection of writings from his first years was titled “A Tree of Night and Other Stories.” The influences of William Faulkner, Edgar Allan Poe, and Nathaniel Hawthorne weighed heavily on his early works. The prevalent trait of Gothic writers was bizarre trails that included but not limited to disturbing mental ailments, physical disorders, and horrendous tales. However, some of his stories bore a humorous string that made his work fall into subcategories of bizarre and light-hearted stories.

Truman Capote's works that were published in 1950 bore a deliberate mark of a turn away from conservative fiction. He was later to own up that some of the stories exemplified the anxieties and insecurities of his growing up years. WhenTruman wrote “Local Color,” he surmised his experience of life in Europe as he experienced it. In writing “In The Muses Are Heard,” he chronicled his journeys through Russia on account of the play titled “Porgy and Bess,” which was presented by a theater company.

Truman's other novel,” Breakfast at Tiffany's,” was adapted as a Broadway drama in 1952 and it was themed on the life of a Manhattan playgirl. Critics of his works highlighted that this particular novel was the evidence that Capote was still finding his mark when he authored this piece. Another remarkable thread in Capote’s work was the fact that some of his stories were evidently what took place around him. These real-life stories were passed off as works of fiction by Capote. Many regard his fictional work as his major contribution to the field of literature.

Truman Capote's encapsulation of fiction and real-life events was to be the defining trait of his next phase of artistry. This was reflected when he authored “In Cold Blood.” He put out chapters of the book at different times and they got published as short stories. In later years, this became a book of its own. The book was the result of about six years of research and pieced- together clues on the 1959 murder of Herbert W. Clutter, who was a Kansas farmer. Herbert was the not the only casualty of the criminal intent as his family was eliminated as well.

When the book was published in the year 1965, it was highly anticipated and became a blockbuster hit. The Mystery Writers of America awarded Capote the Edgar Award as a result. This work was birthed after death row inmates were interviewed to capture the mind of a criminal accurately. It also included clues that were gleaned by Capote on the trail of the mastermind. The path took Capote through the states of Acapulco in Mexico, as well as Florida and Miami in the U.S.

As the 1960s set Truman Capote delved into a revision of his early uncompleted works and some critics assailed him as getting bogged down by writer’s block. Truman put together “Answered Prayers” and allowed some bits of it to be published on the pages of Esquire magazine. This was a controversial work as many people who were his acquaintances and friends felt he squealed on them. This uncompleted work never got finished, and the final part was unpublished.

The gossips were accounts of the personal lives of some of the wealthiest people around Capote. The people who felt their lives have been splashed on the public domain avoided Capote after that and refused to go any closer to him.

As his years wound down, Truman Capote published “Music for Chameleons” in the year 1983. This was an anthology of short prose that had the author as the fulcrum and central character. He made a play of dialogue, narratives, stage direction, symbolism as well as other devices of literature to assemble this work. The outcome of his last published work was variegated as many were unsparing in their criticism of his effort this time. It was a downhill trend for Capote regarding health and social standing, going forward.

Truman Capote was in poor health in his last days on earth, and his drug addiction and abuse of alcohol was no good for him either. He passed away before he turned sixty years old, which stood just a few weeks away.

Truman Capote was unconventional in his thinking, and this was also his sexual orientation. He had a compelling attraction to Newton Arvin, who was a professor. He also had a closer homosexual love life with Jack Dunphy. And the pair lived a shared life until his death.