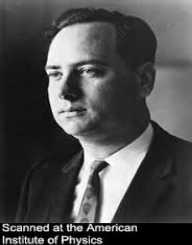 Theodore Harold Maiman was born on 11th July 1927 in Los Angeles, California, in the United States. His father, Abraham, was an electrical engineer, as well as an inventor. The family moved to Colorado when Maiman was a young boy. He helped his father do experiments in their electronics laboratory at home.

When he was a teenager, Maiman earned his money repairing radios and electric appliances. National Union Radio Company employed Maiman after he left high school. He was 17 years old, and he took the position of junior engineer.

At the end of World War II, Maiman served in the US Navy for 12 months. After the Navy, he went back to his studies. He attended the University of Colorado Boulder, and he graduated with a degree in Engineering Physics.

Theodore H. Maiman then studied at Stanford University. He graduated with his master's in Electrical Engineering in 1951 and his doctorate in Physics in 1955.

In 1956, the Hughes Aircraft Company hired Theodore Maiman in the Atomic Physics Department. Maiman worked on a redesign project for the ruby maser belonging to the US Army Signal Corps. He successfully led his team to reduce the maser from being 2.5 tons to four pounds. He also improved the performance of the device.

Due to the project being so successful, Maiman convinced the management of Hughes to put money into his laser project.

The company gave Maiman a budget of $50,000. Although other scientists felt it would not work, Maiman successfully developed a laser of his design. It was a solid-state pink ruby laser that emitted the first coherent light by laser for man.

Maiman began in late 1959, and in May 1960, his laser worked. The light had rays that were all the same wavelength. Maiman published his invention in a scientific journal called Nature.

Theodore H. Maiman wrote several other articles as well, describing the science and technology behind his laser. Several other large technology companies were trying to perfect the laser as well. Still, Maiman had been working on his concept for several years before starting at Hughes. He used the pink ruby crystal as the active layer and a helical xenon flash lamp as the excitation method.

In 1961, along with seven of his colleagues, Maiman left Hughes and began work with Quantatron Company. Quantitation grew ruby crystals for lasers in-house. In 1962, he established Korad Corporation and became its president. His company made high-power ruby lasers.

In 1976, he joined TRW Electronics and served as their vice-president until 1983. In his later years, Maiman stayed involved with the development of lasers and their applications.

He held the patent for the first working laser. Maiman also had several other patents to do with masers, laser displays, lasers, modulation, and optical scanning.

Among his many awards and honors, Maiman has the following:

1983: Inducted into the National Inventors Hall of Fame

Maiman received fellowship into several societies, including the American Physical Society, and the Royal College of Surgeons of England. He also received many honorary doctorates.