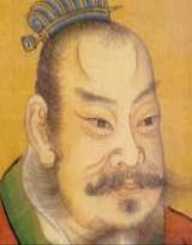 Su Shi is a renowned Chinese poet of the 11th century. Besides being a poet, he is also skilled in calligraphy, painting and a known public figure during the Song Dynasty. He is also known from his other name, Su Dongpo.

The Humble Beginnings of a Famed Man

Su Shi was born on the 8th of January 1037 at Meishan, now known as Sichuan Province, in China. His family consists of a father, mother and a younger brother. Coming from a family of well-educated people, both his father, Su Xun and his brother, Su Zhe, are enthusiasts of literature. His mother is also part of the well-cultured.

As a child, Su Shi was under the tutelage of a Taoist priest of which his mother took after. In 1057, Su and his younger brother took the civil service examination together to secure Jinshi.  Jinshi was a requirement for high government office positions. He and his brother passed with flying colors that garnered them popularity at the time. Emperor Renzhong, who was the ruler of the time, took an interest to Su, as well as famed official and scholar Ouyang Xiu. The latter became Su's sponsor, and Xiu had expressed from before that he was an avid admirer of his father, Su Xun.


The Admired Scholar as a Government Official

Due to his success on the civil service exams, Su Shi has taken various government positions in China.  One of his earlier and notable works was the construction of a pedestrian road in Hangzhou. He served as a magistrate when the pedestrian road was built across Westlake and is named after Su: Sudi or Su causeway.

Su Shi's service to the government, although impressive, was not always much appreciated. He had his fill of opposing interests with other officials. Minister Wang Anshi's reforms have been the recipient of such scrutiny from Su. Su once wrote a poem about Wang's New Policies that led to the exile of Su. In his poem, he was criticizing the reforms and not the emperor, but it was misunderstood by many. Regardless, he was sentenced to be exiled under the charge of political crimes.

Huangzhou, Hubei was the first location where Su Shi spent his days as an exile. Although the charge for his crime was light, he did not receive any allowance for this leaving Su in poor finances. Despite his banishment from his opposition to Wang's reforms, the two remained as good friends, even exchanging poems and literary works now and then. His exile under Wang's reform, was not directly upon his order since he had stepped down from being an official in 1076.

On another occasion in 1094, he was exiled a second time by other officials to Huizhou, Hainan Island but Su Shi still kept a positive disposition despite his situation.

He was later called back to the capital, along with other exiles, after they received pardons for their crimes in 1100. The government then had a change of lineup, and they had Su assigned to Chengdu, Sichuan's southwestern capital.

On the 24th of August 1101, Su was on his way to his new post when he died. He was 64 years old at the time and was at Changzhou, a province in Jiangsu

Su Shi as an Exile

Upon his first banishment, Su Shi was left with little to no finances. In turn, Su focused his attention on Buddhist meditation. He lived in a farm in Dongpo, of which he later adapted his pseudonym from. Dongpo meant "Eastern Slope" and built a small house thanks to a friend's help at the time. It was believed that Su's best poems were written in Hubei, perhaps with great thanks to Su's liking of the place. Han Shi Tie, Su's most celebrated literary work, was written here.

At the young age of 17, Su Shi was married to his first wife, Wang Fu. He was 17 and she 16. Together, the couple had a son named Su Mai. Wang Fu died in 1065 with a grieving Su writing a memorial upon her death. One of his most famous poems, To the tune of 'Jin Ling,' was written when he dreamt of Fu one night, in the prefecture of Mi.

He then married Wang Fu's cousin, Wang Runzhi, two years later. Runzhi was 11 years younger than him and bore him two sons: Su Dai and Su Guo. Runzhi accompanied Su for 15 years from his officiating positions in the government to his banishment from the region.

After 25 years of marriage to Su, Runzhi died in 1093 at the age of 46.  Su dedicated his poem To the tune of 'Butterflies going after Flowers' to her on the second birthday after her death.

Su was married a third time to his handmaiden, Wang Zhaoyun. She was a loyal companion to Su upon his second wife's death. Zhaoyun was only 11 when she became Su's slave. She died two years later, in August 1095, due to an illness and Su never married again. She bore him a son, Su Dun, who died in his infancy.

Upon his death, Su Shi wished to be buried alongside Runzhi, his second wife.

An accomplished literary himself, Su Shi usually kept tab of his travels by having 'day trip essays.' Approximately 2,700 of his poems have been left intact along with 800 letters. He was also a skilled painter and calligrapher.

During his first exile, he wrote The Red Cliffs, Remembering Chibi to the tune of Nian Nu Jiao: Chibi Huai Gu and Remembering Su Zhe on the Mid-Autumn Festival to name a few.

Due to his imprisonment, Su Shi has opted to live on a vegetarian menu beside the fact that he never felt comfortable killing animals for eating. But before that, he was known to crave certain delicacies such as clams.

The Dongpo Pork was said to be invented by Su. It is a famous dish of which the square of fat was named after him.