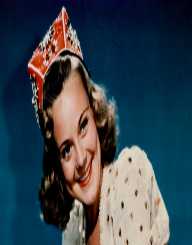 Sonja Henie was born 8th April 1912, to Wilhelm and Selma Henie. She was born in Oslo, Norway. At the time, Oslo was called Kristiania.

Henie was born into a wealthy family. Her father was a wealthy furrier, but both her parents had also inherited wealth.

Sonja Henie’s father had been a world cycling champion, and Henie, along with her brother, were both encouraged to compete in sports as youngsters. Although Henie was a nationally ranked tennis player and a great skier, she followed her brother into figure skating.

As Sonja Henie became serious about her skating, her parents took her out of school and had her tutored privately. Her father also hired top experts from all over the world to ensure his daughter received the best education possible in becoming a world-famous sportsperson.

Sonja Henie won her firstsenior Norwegian championships at just 10 years of age. The following year she competed in the 1924 Winter Olympics and came eighth.

Between 1927 and 1936, Henie won 10 consecutive World Figure Skating Championship titles. She also won gold at the 1928 Winter Olympics, and successfully defended her title at the 1932 and 1936 Olympics. From 1931 to 1936, Henie also won the European championships each year.

As well as all her competition, Henie traveled the world as a much sought-after figure skater for exhibitions, predominantly throughout Europe and the United States.

By this time, Henie’s parents had both left their careers, so they could manage her affairs, and although Henie was an amateur skater, her father required payments for expenses when it came to Henie’s exhibition skating appearances.

Henie was the first figure skater to wear short skirt skating costumers with white boots and to use choreography for her skating routines.

In 1936, Henie became a professional skater. Her ultimate goal, with her father’s blessing, was to become an actress in Hollywood. With that in mind, Henie’s father organized an ice show in Los Angeles, and this was to catapult her into acting.

Henie was signed straight away by Twentieth Century Fox, with a contract that made her one of the highest paid actresses in Hollywood. Her first movie was a great success, and as her popularity grew, so did her demanding attitude. Henie worked in the film industry from 1936 to 1943.

During this same period, Henie established a business with Arthur Wirtz, who produced ice shows for her that toured all over the U.S. The shows were a huge success, selling millions of tickets.

On top of her acting and skating business, Henie had many endorsement contracts, for everything ranging from skates, clothes, dolls, and jewelry, and many other items. Henie became one of the wealthiest women in the world.

It seems the success went to her head, as Henie finished her business relationship with Wirtz and tried to go it alone without success. She found herself teaming up with another business partner, Morris Chalfen, to appear in his ice show tour. The tour was a success, but when Henie tried to go out on her again, the results were mixed, and she eventually retired from ice skating.

In the late 1950s, Henie was going to back her own movies, but once again, it didn’t happen. Only one movie was produced, and it was not at all successful, so she retired.

Henie wrote her autobiography in 1938. The original title was Mitt livseventyr and was translated into English, called, Wings on My Feet, and released in 1940.

Sonja Henie was closely involved with Adolf Hitler and other senior Nazi officials, which caused a lot of controversies right through the World War II period.

Due to her status as a wealthy celebrity, she moved in the same social circles as the likes of Hitler, and she met him on more than one occasion. She also met others such as the Crown prince of Norway and his wife, and Princess Margaret from the UK.

She was seen to greet Hitler with a Nazi salute during the Olympic Games, and she accepted a lunch invitation from him. The Norwegian press strongly condemned her for doing this.

Sonja Henie was very fortunate though, when the Nazi’s occupied Norway, because she had an autographed photo of Hitler displayed where everyone could see it, and the result was that none of her properties were damaged or taken away by the Germans.

Sonja Henie's awards and honors include:

1976:   Inducted into the World Figure Skating Hall of Fame

Sonja Henie also has a star on the Hollywood Walk of Fame.

In 1956, Sonja Henie married for the third time. She married Niels Onstad, a Norwegian shipping magnate. The couple was still together in 1969 when Henie died.

Sonja Henie died from leukemia in 1969, at the age of 57. She is said to be one of the best figure skaters in history.