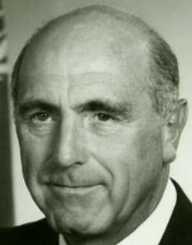 Sir John Richard Nicholas Stone was born on August 30, 1913, in London, the United Kingdom to Gilbert and Elsie Stone. He was the only child of his parents. As a child, he attended the Cliveden Place Preparatory School for his elementary education and then went on to attend the Westminster School, where he received an English upper middle-class education from 1926 to 1930. In 1930, his father was appointed as a High Court Judge in Madras (present day Chennai), India. He accompanied his father to India after his father consulted the Headmaster of his school and received affirmative advice regarding the accompaniment.

During their stay in India, Richard Stone visited many Asian countries like Singapore, Indonesia and Malaya (Malaysia at present) along with his family. He went back to London after one year in 1931 and got enrolled at Gonville and Caius College, Cambridge to study Law. He studied Law for two years and then switched over to study Economics. It was the influence of economist John Maynard Keynes and his youthful optimism that if economics is better understood, the world would be a better place that led to his change of subject from law to economics. It was the era of the great depression of the 1930s, and the rate of unemployment was very high.

Richard Stone was particularly interested in knowing the reasons for such great slumps and the ways to overcome the problem. Though his parents did not approve the change in his subject of study, he was rather enthusiastic about studying Economics and thoroughly enjoyed his time studying the same. He was greatly assisted in his studies by the likes of Richard Kahn of King’s College, Gerald Shove and Colin Clark, his lecturers in Statistics. Colin Clark was already involved in the measurement of national income and greatly inspired Richard to follow in his footsteps.

Richard completed his graduation in 1935 having secured a degree in Economics. His college offered him a research studentship. However, he declined to receive the offer partly because of he thought that he was not adequately prepared for research and partly because of his parents’ keenness to see him settled in a job.

Richard Stone joined the staff of a firm of Lloyd's brokers in the city in 1936. He worked with the brokerage firm until the World War II. In his spare time, he started writing on economic subjects and began publishing those articles in a little monthly called ‘Trends.’ Trends appeared as a supplement to the periodical ‘Industry Illustrated.’ Colin Clark, Richard and his economist wife Winifred Mary Jenkins were the people involved in running ‘Trends,’ which portrayed the contemporary economic scenario of Great Britain, America, Germany, etc.

In 1939, Richard Stone received an invitation to join the staff of the Ministry of Economic Warfare, which would be set up in the event of war. The World War II broke out on September 2, 1939, and Richard immediately reported for duty. After spending nine months with the Ministry, he was transferred to the Central Economic Information Service of the Offices of the War Cabinet. The groundwork for a survey of the country’s economic and financial situation was underway at the CEIS under the leadership of James Meade, and Richard was brought in to help with the statistical aspects.

They analyzed the economy of the United Kingdom about the current total resources of the nation for the wartime. This work led to the first national accounts of the United Kingdom and also helped in developing the early version of the system of national accounts. The set of estimates jointly prepared by Richard and Meade were later published as the second part of a White Paper entitled, ‘An Analysis of the Sources of War Finance and an Estimate of the National Income and Expenditure’ in 1938 and 1940 at the behest of Keynes. These estimates also accompanied the budget of 1941 followed by many supporting papers clarifying the author’s perception.

Richard and James Meade parted ways after their office was bifurcated into two different sections. Meade was made in charge of the Economic Section while Richard was to look after the section of national income. Richard was officiating as the assistant of John Maynard Keynes in the new Central Statistical Office when he left working for the government after the conclusion of the World War II in 1945.

Richard Stone returned to Cambridge after the war got over and decided to pursue an academic career when he became the first Director of the newly established Department of Applied Economics created under the faculty of Economics and Politics. His theory on the social accounting system for the measurement of economic flows gained worldwide recognition, which he prepared during his Directorship tenure with the DAE. In 1955, he resigned from the Directorship of the DAE and was appointed as the P.D. Leake Chair of Finance and Accounting at Cambridge (emeritus from 1980).

In 1970, Richard Stone became the Chairman of the Faculty Board of Economics and Politics, a position he held for the next two years. Cambridge Econometrics, founded in 1978, selected Richard Stone as its first Honorary President. In 1980, he retired from Cambridge and before that he served as the President of the Royal Economic Society from 1978 to 1980.

Richard Stone was awarded the Nobel Memorial Prize in Economic Sciences in 1984 for his contribution in developing an accounting model that could be used to track economic activities on a national and international scale.

Richard Stone married fellow Cambridge Economist Winifred Mary Jenkins in 1936. They together used to publish the monthly economic supplement called Trends. In 1940, their marriage was dissolved, and Richard married his second wife Feodora Leontinoff in 1941. In 1956, Feodora succumbed to an ailment she was suffering from a long time. Richard married for the third time in 1960. He tied the knot with Giovanna Saffi, great grandchild of Italian patriot Aurelio Saffi. Giovanna became his partner in many of his projects and works for 25 long years assisting in rewriting the book "National Income and Expenditure" in 1961 and played a major role in editing his major works “A Programme for Growth” in his last years.

Richard died on December 6, 1991, at the age of 78 in Cambridge. He is survived by his daughter Caroline and his third wife Giovanna, Caroline’s mother.