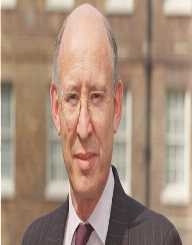 Allan Patrick Herbert was born on September 24, 1890. He was an English novelist, humorist, and law reform activist. He served as an independent Member of Parliament for Oxford University. He is known for his lobbying for amending the country’s divorce laws. He made numerous contributions to the comic magazine ‘Punch’ while he was still a student. He wrote books such as ‘Riverside Knights’ and ‘Big Ben’ among so many others. In 1970, he was made a Companion of Honour in England.

Allan Patrick ‘A.P’ Herbert was born on September 24, 1890, in Ashtead, Surrey. He was born to Patrick Herbert and Beatrice. He has two brothers who were killed in battle. His mother died while he was still young. He attended Winchester College in Winchester, Hampshire, England. At the college, he won the King’s Medal for English Verse and the King’s Medal for English Speech which was awarded to him by the then Prime Minister, Herbert Asquith.

Allan Patrick Herbert later joined New College in Oxford. In 1910, he started contributing to the comic magazine ‘Punch.’ He also published his works in publications such as ‘The Observer,’ ‘Vanity Fair’ and ‘Pall Mall Gazette.’ In 1914, he finished his studies at Oxford where he became friends with personalities such as Duff Cooper and Phillip Guedalla among others.

During World War, Allan Patrick Herbert enlisted as a seaman in the Royal Naval Volunteer Reserve. By 1915, he had become a sub-lieutenant working at Gallipoli. In 1916, he got an injury, and he started writing his first book ‘The Secret Battle’ when he was on medical leave. In 1924, he was invited by Owen Seaman, editor of the ‘Punch,’ to join their staff. He accepted and attended the Third Imperial Press Conference in Melbourne on behalf of the magazine. In 1935, he became an independent Member of Parliament for Oxford University.

While a Member of Parliament Allan Patrick Herbert drafted bills such as the Matrimonial Causes Bill which mostly supported the liberalisation of divorce laws, Public Refreshment Bill and Bookmakers Bill among others. In the same year, he published ‘Uncommon Law’ which was first published in the ‘Punch’ as ‘Misleading Cases.’ During World War II he enrolled himself in the River Emergency Service where he took part in Air Raid and Casualty Retrieval.

In 1945, Allan Patrick Herbert was honoured with a knighthood when Prime Minister Winston Churchill’s Resignation Honours were announced. In 1970, he was made a Companion of Honour which one of England’s highest honours.

In 1915, Allan Patrick Herbert married Gwendolyn Harriet Quilter with whom he had four children, Crystal, Jocelyn, John, and Lavender. In 1966, he wrote ‘The Thames’ where he mostly described the machinery of the Thames River. He died on November 11, 1971. He had a grandson Toby Perkins who is now a Member of Parliament from the Labor Party. Herbert was the first person who protested against the House of Commons for selling unlicensed alcohol. He also lobbied for reform of many laws that he felt to be outdated.