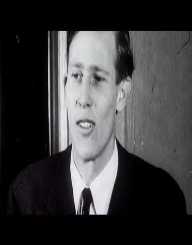 Roger Bannister, also known as Sir Roger Gilbert Bannister is an English neurologist and athlete, who was officially named the first athlete to run a mile in under four minutes. He has several degrees under his belt and is the author of a successful book and the holder of a long-lasting legacy.

Roger Bannister was born on March 23, 1929, in Harrow, England. He was born into a working-class family to parents by the name of Ralph and Alice Bannister. As a child, he had a strong love for academics.

Roger Bannister was a studious child- a trait that would follow him through his school career and serve him well later in life. As a boy, he attended at Vaugh Primary School, before continuing to City of Bath Boys’ School and University College London where he graduated from high school. After his high school graduation, he went on to further his education. Bannister attended medical school at the University of Oxford and St Mary’s Hospital Medical School. He graduated from St Mary’s in 1954, and from Oxford in 1963 with degrees in the medical field.

While still a student at Oxford, Roger Bannister began his running career at the age of 17. In 1948, he was selected as an Olympic “possible,” but declined, stating that he didn’t think he was ready to compete at that level. He set a goal to participate in the 1952 Olympics, which would be held in Helsinki, Finland.

Roger Bannister continued to improve his race times and compete in small competitions. In July of 1951, he won a mile race at the AAA Championships, defeating the defending champion, Bill Nankeville.

After 1951, Roger Bannister took a break from racing to focus on the upcoming Olympics. He was confident until he learned that there would be athletes with more training than him attending the event. He placed fourth but managed to set a British record. After the Olympics, he set a new goal: to be the first man to run a mile in under four minutes. Other athletes began to attempt to set the record, and Bannister knew he had to make his attempt soon.

Roger Bannister made his attempt on May 6, 1954. The event was witnessed by 3,000 bystanders and came equipped with winds at speeds of up to 25 miles per hour. Despite the roaring winds, Bannister ran the race and won with a time of 3 minutes and 59 seconds.

That same season, Roger Bannister went on to win the metric mile at the European Championships in Bern, Switzerland. After this win, Bannister retired from his athletic career to put his medical degrees to use as a neurologist.

In 1975, after becoming the first Chairman of the Sports Council (now known as Sports England), Roger Bannister was knighted, and the prefix of Sir was added to his name.

Roger Bannister married Moyra Jacobson. The couple had two sons and two daughters together, and they currently live together in North London.