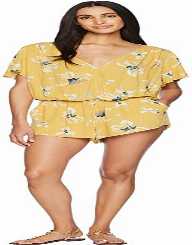 River Bleu was born on January 2, 2002, in California, United States of America. She is an American Vlogger and Social media personality. She has Vine, Twitter and Instagram accounts. She is fifteen years old. She loves hanging out with her mother and friends. She is just a normal teenager who portrays her life to the public in order to make the people who watch her videos happy. She has appeared in some series such as Sam and Cat among others.

In 2013, River Bleu created her Vine account where she would post videos but not regularly. A year later she started posting the videos that she took regularly and this started increasing her popularity. She makes videos with characters such as Ben Taylor and Noah Riley among others. She loves posting videos of her normal life. She posts videos of her singing, dancing, playing the piano and videos of her hanging out with her friends among other videos that revolve around her normal life. She is friends with Tayvion Power with whom she collaborates with in making several videos.

River Bleu also promotes her mother’s social media handle titled ‘Chitababy’ on her Vine page hence making her mother’s social media page known to many people. She has appeared in series such as ‘Sam and Cat’, ‘Shameless’ and ‘Life in Pieces’. She is a good actor and she hopes to pursue a career in acting in the future. She has made a name for herself as a social media personality from a very young age. She is destined for greatness and so she is not giving up any time soon on what she loves doing. Her appearance in the series ‘Sam and Cat, ‘Shameless’ and ‘Life in Pieces’ increased her popularity even more and hence she was subject to a lot of media attention.

River Bleu is a very simple and humble character. Her personality is warm and charming. She is social and friendly and she loves collaborating with other characters in her videos. She is beautiful and also very talented. Her videos are loved by many people because they portray the life of a young teenage life living a normal life, that is, living a life that is more or less the same with the lives of other teenagers. Her videos are mostly of her dancing, singing and hanging out with her friends among other activities that are done by other youths her age.

River Bleu has not been involved in any controversies since she started her career. She loves keeping most of her life activities private and public for everyone to see. Her videos do not contain vulgar material or material that is not worth watching come from a teenager her age. She also loves dressing up and she records videos of her trying out almost everything in her closet. She is bubbly and cheerful and she has enough cheer to share with her fans in order to satisfy them.

River Bleu was born and raised in California, United States of America. She loves spending time with her friends and family. She loves singing and dancing and she also loves acting. In 2016, she started dating Jaden Rosa. The couple is still together and they usually post videos and pictures of them spending time together on Instagram.