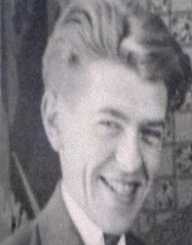 Rene Magritte was born on November 21st, in 1898. He earned his fame for being a Belgian surrealist painter. He earned a name for himself through the thought-provoking images that he used to create. Some of his most notable works include "The Treachery of Images" and "The Empire of Light."

Rene Magritte was born on November 21st, in 1898. His birthplace was in Lessines in Belgium. He was the first born son to Léopold Magritte and Régina. His father earned a living working as a textile merchant and a tailor. His mother, on the other hand, worked as a milliner. There is little information documented about Magritte’s early life.

In 1910, he began taking drawing classes. Dreadfully, his mother passed away two years later by committing suicide. Earlier on, his mother had made several attempts of taking her life away.

Research shows that Rene Magritte's earliest paintings were evident in 1915. During this time, his paintings were of the Impressionist style. For two years, he enrolled for classes at the Académie Royale des Beaux-Arts located in Brussels. Here, he was being taught by Constant Montald.

After that, Rene Magritte focused on painting after he landed on a contract with Galerie 'Le Centaure'. This is what influenced him to come up with his first bizarre painting in 1926. The painting was called The Lost Jockey. The painting was received with numerous negative critics, and thus, it failed.

Following the failure of his first bizarre painting in 1926, Magritte went ahead and moved to Paris. It is while residing in Paris that he crossed paths with André Breton. With his influence, he joined a surrealist movement. It did not take time before Magritte led the surrealist group.

In 1929, Rene Magritte's contract with Galerie 'Le Centaure' came to an end. The following year, he moved back to Brussels where he resumed his initial job position of working on ads and posters.

Throughout Magritte’s career, his works did not earn him recognition until the 1960s era. His unique imagery influenced different forms of art including conceptual, pop and minimalist forms of art.

In June 1922, Rene Magritte tied the knot with Georgette Berger. The two had initially met when they were teenagers. This marriage faced a couple of ups and downs from 1936. This occurred after Magritte entered into a romantic relationship with Sheila Legge. At the same time, his wife also found herself in a romantic affair with Magritte’s friend called Paul Colinet. Magritte and his wife, however, managed to reconcile in 1940.

Rene Magritte passed away on August 15th, in 1967. He was 68 years old at the time of his demise. He had had pancreatic cancer while led to his death.