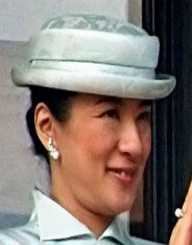 Princess Masako Owada is the crown princess of Japan and is famous for her free nature that came up before she joined the royal family. She became a part of the royal family when she married Crown Prince Naruhito that too after a series of proposals.

She is quite famous for her tact of restricting marriage as she felt that union might lay some constraints on her independence. Masako leads a quiet royal life, and there are rumors of her depression due to the intense pressure to bear a son.

Princess Masako was born on the 9th of December in the year 1963 in Tokyo, Japan. She was born to Yumiko Egashira and Ambassador Hisashi Owada who was a senior career diplomat, and he also served as Administrative Vice Minister of foreign affairs and Japan’s representative to the United Nations and Yumiko Owada.

Masako was always a very strong willed person but always reserved for herself. She always had the quality to stand against injustice like a real leader. She is also known for her love for animals and sports and was quite famous for her athletic abilities among the schoolmates as well.

The princess pursued her teaching at Harvard University, and she also graduated with a degree in Economics. Following the same, she also attended the University of Tokyo where she studied law for Diplomatic Service Examinations. Following her aim, she cracked the difficult exam just after the preparation of 1 year and later joined the Foreign Ministry in the year 1987.

Princess Masako met Prince Naruhito at the reception for Spain's Princess Elena in Tokyo in the year 1986. He completely fell for her and also started following her, but she never was interested in the prospects of royal life as she was sure that it would restrict her independent nature and also affect her promising career for which she had worked so hard.

So, instead of accepting the proposal she went to Oxford for two years which was a part of the assignment from Foreign Ministry. She accepted the prince’s proposal the third time around in a traditional ceremony in the year 1993. It was hoped that her nature would bring some progressive changes within the rigid Imperial Palace.

But, these hopes could not materialize, and Princess Masako led a very quiet royal life; continued to wearing conservative clothes and also walking around with her husband in public.

It is also believed that the pressure of the royal throne is pushing her into the gasps of depression because of the restricted lifestyle and intense pressure.

Princess Masako had a terrible time around 1999 as she had a miscarriage and the couple did not even have the best time having a child. But somehow, Masako conceived, and they had a daughter in the year 2001 but, the pressure to have a son was still on her.

Following the pressure of the royal family, she had to be hospitalized and was diagnosed with shingles in the year 2003. Because of this, she remained out of the spotlight for the years to come rejuvenating her health both mentally and physically.

A load of pressure was eased off her head when Prince Naruhito’s younger brother Prince Akishino and his wife Princess Kiko had a son by the name of Hisahito in the year 2006.

After completely rejuvenating her health, Princess Masako came back strong, and she also gave a public apology for her absence from public life in the year 2012. She even made a public statement clearing her health status and hoping for a continuing recovery with the help of doctors and other people around her.

Pursuing her royal life, she also joined her husband on an official tour to the Netherlands, and this was the first tour that the couple had made together since 2002. The couple also celebrated their 20th wedding anniversary in June 2013.