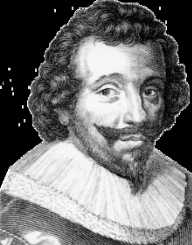 Pierre Corneille was born on June 6, 1606, in France. His parents were Marthe Le Pesant de Boisguilbert and Pierre Corneille. He also had a brother: Thomas.

Pierre Corneille began writing his first play in the late 1620’s. Pierre Corneille finished the first polished draft of his play, Melite, in 1629. He had friends who were actors, and he showed his play to them. While his actor friends were not extremely famous and did not have much influence in society, they still agreed to perform his play. The acting troupe traveled to Paris to perform the play. The play was a hit, and Corneille began to gain popularity and fame.

After the success of his first play, Pierre Corneille decided to move to Paris, where he could be inspired by the city. He continued to write plays while living in Paris.

After leaving the Les Cinq Auteurs group, Pierre Corneille was able to work on the projects that he wanted to. He wrote most of his plays without being prompted by a commission. Most of his early plays were comedies. Some of his most famous comedies include La Veuve and L'Illusion Comique.

In the mid-1630’s, Pierre Corneille made the shift from writing comedic plays to focusing on the tragedy genre. This would be the genre of play that he would become famous for later in his career and what he would also be remembered for after his death. The first tragedy he wrote was called Medee, which premiered in 1635.

Pierre Corneille’s second tragedy-ish play was written in 1637 and was called Le Cid. This play had both many of the common themes of his latest tragedy and the comedies he had written before. This play was confusing for many viewers because of the mixed genres. This mixed genre would later be called tragicomedy. However, the play gained fame for itself and Pierre Corneille quickly from the public, even though some critics disliked it merely for its split genres. One of its critics was Corneille’s former commissioners, Cardinal Richelieu. This criticism encouraged Corneille to stop using two genres at once.

Pierre Corneille took a few years off from writing. He didn’t publish or perform another play until 1640. This new play was called Horace. This play’s success encouraged Pierre Corneille to write many more plays. Throughout the rest of the 1640’s and into the 1650’s, Pierre Corneille wrote play after play. Some of his most famous plays from this time period include Polyeucte, Rodogune, Theodore Heraclius, Nicomede, and Oedipe.

In the 1660’s, Pierre Corneille continued to write plays, but not with the same speed that he had done in decades previous. Some of his plays from this decade include Attila and Othon.

The 1670’s were Corneille’s last years of playwriting. In this decade he wrote the play Psyche, Pulcherie, and Surena (which was his last play). He stopped writing plays in 1674.

Pierre Corneille married Marie de Laperrière in 1641. Together, this couple had seven children.

Pierre Corneille died on October 1, 1684, in Paris, France. He was 78 years old when he passed away.