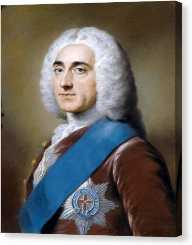 Philip Dormer Stanhope Chesterfield was born on September 22, 1694. He was the fourth Earl of Chesterfield. He was an English Statesman and an author as well.

Philip Dormer Stanhope Chesterfield was born on September 22, 1694, in London. He was born to Philip Stanhope who was the third Earl of Chesterfield and Lady Elizabeth Savile. He was known as Lord Stanhope. When his father died in 1726, he became the fourth Earl of Chesterfield. He attended Trinity Hall in Cambridge. After his education, he took a Grand Tour of Europe to learn about other countries and their systems and culture. In 1714, Queen Anne died, and King George ascended the throne. The death of the queen saw him being called back from his tour. He began his political career when he was appointed as the Gentleman of the Bedchamber of the Prince of Wales.

In 1715, Philip Stanhope entered the House of Commons as a member of St. Germans. He gave a speech at the House of Commons which was a success. In 1716, he became active in the proceedings of the government. In 1723, he was appointed the Captain of Gentlemen Pensioners by the Government. He rose through the ranks until he reached the House of Lords where his oratory skills were appreciated. In 1728, he was sent by the Government to Hague as an ambassador. He earned an excellent reputation for the wisdom he used in handling political affairs. He later became friends with Robert Walpole who was the first Prime Minister of Britain.

In 1730, Philip Stanhope was made Lord Steward in the Royal Household. In 1731, he contributed substantially in the negotiation of the Treaty of Vienna while he was posted as the British envoy in Den Haag. In 1732, he resigned from his post as Ambassador due to ill health. He rested for a while and then went back to the House of Lords. In 1733, he was excluded from office until 1744. During the ten years, he went abroad where he became friends with Bernard de Fontenelle in Paris, France, and Voltaire whom he met in Brussels.

In 1745, the Government again sent Philip Stanhope as an ambassador to The Hague.  He succeeded as an Ambassador and received the Lord Lieutenancy of Ireland. In the same year, he became a Viceroy of Ireland until 1746. In 1746, he resumed his post of Secretary of State. In 1751, he promoted and effected the Gregorian calendar alongside mathematician James Bradley and Lord Macclesfield.

In 1730, Philip Stanhope was conferred upon the Order of Garter which was the highest order of chivalry in Britain. He was also awarded the Order of Bath.

In 1733, Philip Stanhope married Melusina de Schulenberg with whom he had no children. Melusina was the illegitimate daughter of King George I. In 1732, he had an illegitimate son, Phillip with Madelina Elizabeth du Bouchet. He wrote letters to his son which contained advice and instructions for an honest and dignified living. He died on March 24, 1773. He died at the age of seventy eight.