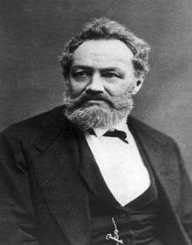 Otto Wilhelm Von Struve was born on May 7, 1819. He was a Russian astronomer. He is the one who pioneered the study of double stars. He also contributed to the modern understanding of astrophysics. He was a genius as he finished school while he was only fifteen years of age and completed his university education at the age of twenty. He is known for discovering an estimated five hundred double star systems along with detailed published measurements of their orbits. He also completed the most accurate measurements of the earth’s curve known as the Struve Geodetic Arc. He also categorized the rings of Saturn and discovered the second moon of Uranus.

Otto Wilhelm von Struve was born on May 7, 1819, in the then Russian Empire City of Dorpat which is currently known as Tartu, Ukraine. He was brought up alongside eighteen siblings. He was born to Friedrich Georg Wilhelm von Struve and Emilie Wall. He completed his primary education at the age of fifteen in Dorpat. He was then invited to the Imperial University of Dorpat so that he can listen in to lecture since he was still very young.

In 1841, Otto Wilhelm Von Struve began his career by independent research. His research was based on testing William Herschel’s theory of the solar system moving towards the Hercules constellation. The next year he started researching on double stars. In 1843 through to 1844, he was part of the team that conducted longitude measurements between Altona, Greenwich, and Pulvoko. The longitudes were based on the large placement of chronometers over the Earth surface. In 1844, he dedicated his time and energy to studying the sun, measuring its speed to be 7.3 km/s. The speed of the sun was however disputed in 1901, but he was correct in his observation that the sun was slower than most stars in the night sky.

Otto Wilhelm Von Struve published notes of his observations of Uranus’s moons namely Ariel and Umbriel along with the findings of Neptune in 1851. In 1858, his father fell ill and so he became the manager of the Pulvoko Observatory. In 1862, he was appointed the director of the Observatory. He retired from the position in 1889. In 1861, he came up with his theory of how stars are formed from interstellar matter to the Academy of Sciences.

In 1872, Otto Wilhelm Von Struve assisted in the organization of the newly opened Tashkent Observatory. Two years later he travelled across Asia, Persia, and Egypt to observe Venus’s orbit. In 1879 through to 1884, he assisted in upgrading the Pulkovo Observatory. In 1885, the observatory was complete, and it held the world’s largest telescope. The telescope had a 30 Inch refracting lens.

In 1850, Otto Wilhelm Von Struve was awarded the Gold Medal of the Royal Astronomical Society for his publication ‘The Determination of the Constant of Precession concerning the Proper Motion of the Solar System.’ He was also a member of the Russian Academy of Sciences.

Otto Wilhelm Von Struve was first married to Emilie Dyrssen with whom he had six children. Emilie died in 1863. He married his second wife Emma Jankowsky with whom he had a daughter. Two of his sons Ludwig and Hermann became astronomers. He retired in 1889, and he lived in St. Petersburg. He loved visiting Italy and Switzerland. He died on April 14, 1905, in Karlsruhe, Germany.