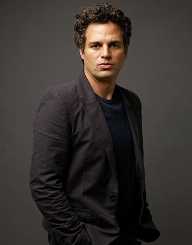 Mark Ruffalo was born on the 22 November 1967 to Kenosha, Wisconsin. Father Frank Lawrence Ruffalo, Jr was a construction painter and mother Marie Rose (nee Herbert) a hairdresser. The family was of mainly Italian descent, with some French-Canadian ancestors. Mark Ruffalo has two sisters, Nicole and Tania. A younger brother Scott, a hairdresser in Los Angeles, who unexpectedly in died in 2008. Mark Ruffalo has said that he had a very happy childhood, notwithstanding undiagnosed ADD and Dyslexia.

Mark Ruffalo was determined to be an actor from a young age. He auditioned hundreds of times and more often than not, did not find work. Various articles (including RollingStone magazine) claim Mark Ruffalo attended between 800 and 500 auditions. His first paid role was in Clearasil commercial. In the early 1990s, Mark Ruffalo was offered only small parts in film and television, but slowly bigger roles started to flow. During this time he sometimes works worked as a barman. Twice during these early days, he actually quit acting! You Can Count On Me (2000) was greeted with critical acclaim.

From 2002 onwards, Mark Ruffalo was given roles in films such as XX/XY (2002) playing the role of Coles in a love triangle and in Windtalkers (2002) he was cast as a Marine trying to decipher a code used by Navajo Marines. Mark Ruffalo acted in In the Cut (2003). We Don’t Live Here Anymore (2004) was about indiscretion between friends and the subsequent marital breakdown it caused.

In 2009 Mark Ruffalo won the Sundance Film Festival Special Jury Prize for with Sympathy for Delicious. These diverse roles across the film genre showed his adaptability as an actor, and his career moved steadily forward.

The Kids Are All Right (2010) resulted in his first Academy Award for Best Supporting Actor in 2011. Mark Ruffalo was then offered the opportunity to portray of Bruce Banner, The Hulk in The Avengers. This performance in 2012 propelled his career into the Hollywood stratosphere. Next came a thriller Now You See Me (2013). Major roles flowed in such as Eternal Sunshine of the Spotless Mind (2014) playing Joel Barish who undergoes a procedure to erase his mind. During 2014 Mark Ruffalo earned a nomination for his role in the film adaptation of Larry Kramer’s play, The Normal Heart. This play dealt with the issues gay men faced at the start of the AIDS. Foxcatcher (2014) resulted in his second Best Performance by an Actor in a Supporting Role Academy Award nomination (2015).

During 2015 the much-awaited sequel to Avengers: Age of Ultron broke opening weekend records in the USA. In Infinitely Polar Bear (2015) a comedy-drama, Mark Ruffalo portrayed a father struggling with bipolar and garnered a Golden Globe nomination. His following film Spotlight (2015) Mark Ruffalo portrayed investigative journalist Michael Rezendes. This resulted in his third Best Performance by an Actor in a Supporting Role Academy Award nomination (2016).

Mark Ruffalo attended school in both Wisconsin and Virginia where he was a competitive amateur wrestler and drama student.

Mark Ruffalo graduated from the First Colonial High School in Virginia Beach in 1986.

The family moved to San Diego shortly afterward. A couple of years later, Mark Ruffalo left home and went to Los Angeles. Mark Ruffalo attended the famous Stella Adler Studio of Acting. At Stella Adler Studio that Ruffalo discovered that anger was an emotion, he could channel very effectively. It was at this time that he co-founded the Orpheus Theatre Company. The theatre provided him with the opportunity to write, direct and produce plays as he honed his acting skills.

Mark Ruffalo has received three Academy Award nominations. “The Kids Are All Right (2010), Foxcatcher (2014), Spotlight (2015). His major blockbusters role to date has been playing Bruce Banner, The Hulk in The Avengers and its sequel Avengers: Age of Ultron (2015).

In 2016 Mark Ruffalo was nominated for a Best Supporting Actor Oscar for his portrayal of investigative journalist Mark Rezendez in the Spotlight. This film focused on the 2002 investigation into the child sex scandal involving certain members of the Catholic Clergy in Boston. It was not to be a case of third time lucky, and Mark Ruffalo lost out to Mark Rylance who won the Oscar for Bridge of Spies.

Mark Ruffalo has been married to Sunrise Coigney since 2001. They have three children: son Keen (2001) and daughters Bella Noche (2005) and Odette (2007). The family lives in a quiet rural area on a former dairy farm two hours from the center of Manhattan. Sunrise Coigney is also an actor.

Mark Ruffalo was brought up a Roman Catholic. He practices meditation and has done so for many years. Mark Ruffalo mentioned in a RollingStone magazine interview that meditation calms his overactive, racing mind. Mark Ruffalo discovered meditation after noticing a remarkable change in a friend.

Mark Ruffalo made his stage debut in the early 1990s, and this was followed by various small parts in movies and TV. These roles included The Dentist (1996), Safe Men (1998) and The Devil (1999). Around this time he was introduced to the writer Kenneth Lonergan.

Mark Ruffalo acted Lonergan’s plays including This is Our Youth (1996).

Ruffalo’s role in the Lonergan written drama You Can Count On Me (2000) was a breakthrough role because it brought him to the attention of critics and the general public.

Mark Ruffalo had ADD and Dyslexia as a child this was only diagnosed when he was a young man. Both conditions resulted in him suffering from acute anxiety. Meditation alleviated the anxiety.

At aged 30 Mark Ruffalo suffered a benign brain tumour, and this resulted in permanent hearing loss in his left ear. Mark Ruffalo also suffered temporary paralysis on one side of his face. As a result of the operation, Mark Ruffalo lost his role in Signs, and the part was given to Joaquin Phoenix, Mark Ruffalo was that he had a strong dream about having a brain tumor. Following a visit to his doctor, his dream was confirmed.

Growing strawberries on his farm is a hobby.

Founder of Clean Defence which is anti fracking.

As a green energy advocate, Mark Ruffalo is involved in The Solutions Project, and he has been very involved in the protests at Standing Rock to support Native American protesters.

Mark Ruffalo is a left-wing leaning political activist who is outspoken about his anti-fracking views. Mark Ruffalo is pro-choice, and he supports the LGBT community.