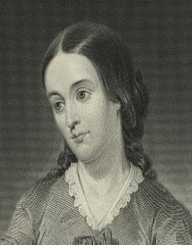 Sarah Margaret Fuller was born 23rd May 1810, to Timothy and Margaret Fuller. She was born in Cambridgeport, Massachusetts, in the United States. Her father was a Congressman. Her father taught her to read and write at a very early age, and he gave her a solid education, generally saved for boys during the era. Fuller was banned from reading typical female articles at the time like love stories and etiquette books.

In 1815, her younger brother was born, but by that time Fuller was being taught Latin and was able to do simple translations of Virgil. Her second brother was born in 1817. Around the same time, her father was elected to the United States Congress, and over the next eight years, he spent roughly half of each year in Washington, D.C.

In 1819, Margaret Fuller began her studies at the Port School in Cambridgeport, and in 1821 and 1822, she attended the Boston Lyceum for Young Ladies. In 1824, she was sent away to the School for Young Ladies in Groton. After two miserable years, she returned home. Fuller realized by this stage that she didn’t fit in with other girls her age, and conceded she was not born to what was the “normal” woman’s lot in life.

By the time Margaret Fuller reached her mid-30s, she had built a reputation for being the best-read person in New England. She was a very keen reader, and Fuller used her academic knowledge to provide tutoring. She wanted a career in journalism and translation (having taught herself several languages), and her first published article was in November 1834 in the North American Review.

It was around this time that her father’s law firm collapsed, and the family moved to a farm in Groton.

In 1835, Fuller was asked to contribute to two different periodicals. Later that year she fell very ill, with a strong migraine and a fever that lasted nine days. While she was sick, her father died from cholera. Fuller was deeply affected by her father’s death, and to make matters worse, he didn’t have a will. Two of her uncles took control of his estate, including property and finances, and Fuller and her family had to rely on them to live.

In 1836, Margaret Fuller took up a teaching position at Bronson Alcott’s Temple School in Boston where she stayed for 12 months. She then moved to teach at the Greene Street School in Rhode Island, where she was paid a very high salary for the period of $1,000 per year. Fuller and her family sold their farm and moved to Massachusetts.

In 1839, Margaret Fuller began attending discussions at the Peabody’s home in Boston. She helped educate the women in different subjects like the fine arts, history, and literature, amongst others. The conversations were also attended by significant women’s rights movement members of the period.

In 1839, Fuller was also asked by Ralph Waldo Emerson to become an editor for his transcendentalist journal, The Dial. She worked as editor between 1840 and 1842, and due to the position, was considered one of the most important people in the transcendental movement.

She travelled to several cities in 1843, spending time with different Native American tribes, and wrote a book about her experiences called Summer on the Lakes, which was published in 1844. Fuller became the first woman allowed to use the library at Harvard College, which she used to do her research.

In 1844, Margaret Fuller left The Dial. The reason was two-fold. She was disappointed that the subscription list was getting smaller, but she was also ill at the time.

Fuller moved to New York and joined the New York Tribune where she worked as a literary critic. In 1846, she became the first female editor for the publication. Fuller was with the paper for four years, and she published over 250 columns. Her topics, while covering subjects like art and literature, also covered other areas such as women’s rights and what slaves had to go through.

Margaret Fuller went to England and Italy as the first female foreign correspondent for the New York Tribune. She filed several reports back to the U.S. Fuller also met world-famous people such as Giuseppe Mazzini, and Italian revolutionary, Giovanni Angelo Ossoli. She moved in with Ossoli in Florence, but it has never been sure whether they were married or not.

In 1849 Fuller and Ossoli supported the revolution for the Roman Republic, but when the rebellion was unsuccessful, they decided to move to the U.S.

Margaret Fuller was an advocate of feminism, and she believed women were entitled to an education. She also felt that once women had equal educational rights, they could then work towards equal political rights as well. She wanted women to work at careers they wanted rather than what was expected, and that they should not be dependent on their husbands.

She also spoke out about the unjust treatment of the Native Americans, and the poverty and homelessness of people, particularly in New York. She also spoke out strongly in support of African-Americans and was very anti-slavery.

Margaret Fuller moved in with Ossoli in 1847, and in 1848 they had a son. Up until that time the couple had not spoken about their relationship, but after their son, Angelino became very ill, Fuller wrote to her mother and explained everything. Her mother was fully supportive, even though she knew her daughter wasn’t married.

When the couple sailed back to the U.S. with their son, the ship hit a sandbar when it was less than 100 yards from Fire Island in New York. It was 19th July 1850. Many passengers and crew members abandoned ship. The bodies of Fuller and Ossoli were never found. Angelino’s body washed up on shore.

It wasn’t long after her death that Margaret Fuller's importance began to fade. Although women that followed later called her an inspiration, interestingly her contemporaries during her lifetime were quite critical of her.