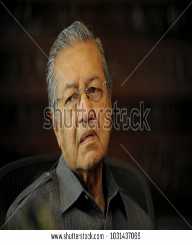 Mahathir Mohamad won a scholarship to attend an English secondary school.  After graduation, Mahathir Mohamad attended the King Edward VII College of Medicine in Singapore (currently known as National University of Singapore). He graduated in 1955.

Mahathir Mohamad chose not to run for office in 1959 out of protest of the current Prime Minister of the time, Tunku Abdul Rahman.  Mahathir Mohamad won his first political race in 1964 when Mahathir Mohamad earned his seat in parliament.  During his first year, there was a great deal of tension between the Chinese and Malay.

When Mahathir Mohamad lost the next election in 1969, Mahathir Mohamad openly criticized the Prime Minister for favoring the interest of the Chinese rather than all of the Malay people.  For that, he was expelled from the UMNO.  This did not quiet Mohamad.  Mahathir Mohamad published his first book The Malay Dilemma in 1970 to continue his criticism.  The book was banned in Malaysia.

Mahathir Mohamad became the CEO, Chairman, and adviser to some Malaysian companies.  This includes Petronas, the government oil, and gas company.  Mahathir Mohamad also founded Proton auto manufacturing company in 1983.  It was the sole national auto company of Malaysia.

Mahathir Mohamad's legacy includes more than 40 years of politics in many departments of the Malay government.  He always proved himself to be an advocate for Malay rights.

During his time as Prime Minister, the country saw economic growth and improvements to the infrastructure.  When Asia was going through a financial crisis in 1998, he tied the currency to the U.S. Dollar. While his recovery strategy was not popular with his advisers, it did allow for the country to recover sooner than their neighbors.

In 2008, the Mahathir Mohamad administration was investigated for corruption by the Malaysian government.  That same year he resigned from the UMNO.