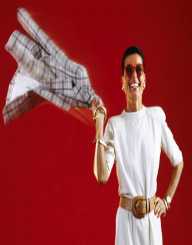 Anne Elisabeth “Liz” Claiborne was born on March 31, 1929, in Brussels, Belgium. During Claiborne's childhood, she moved around the lot, spending much of her life in various European countries and the United States. She continued to move often as an adult, as well.

When Liz Claiborne was 19 years old, she entered into a design contest with Harper’s Bazaar magazine. She ended up winning the contest, which helped her to begin her career in fashion. At the time, she was living in Europe, so she had to move to New York City to work in the fashion industry.

One of Claiborne ’s first official jobs in the fashion industry was working as a designer for women’s sportswear. Her boss at the time was Tina Leser, a lesser-known fashion designer. Around the same time, she would also occasionally take on work as a model. She did not only work for Harper’s Bazaar, as she modeled for other magazines and fashion companies as well.

In 1960, Liz Claiborne received a promotion, which made her the head designer of the Jonathan Logan’s Youth Guild Label. She continued to work for this label consistently until 1975.

Throughout many years of working in the fashion industry, Liz Claiborne saved up her money so that she could open up a fashion company of her own. Her dream came true when in 1976, she opened up Liz Claiborne Inc. She also had partners in this group, including Arthur Ortenberg, Jerome Chazen, and Leonard Boxer. When her company first started out, she was mainly focused on designing women’s sportswear. However, throughout the decade, her company expanded to make clothing for men, accessories for men and women, and perfume.

By the time the company was a decade old, it has already made it on the Fortune 500 list, as they were worth more than $5 million. Around the same time, Claiborne was made the CEO of the company. She worked in this position for two years, until her retirement in 1989. After her retirement, the company’s name was changed to Fifth & Pacific, which is what it is known as today.

During her lifetime, Liz Claiborne and her husband set up the Liz Claiborne Art Ortenberg Foundation. This foundation worked towards funding grants to help wild animals, mostly with protecting their natural habitats. Even though Claiborne has passed on, her charity is still alive and well.

Liz Claiborne was first married to Ben Schultz in 1950. This couple had one son together: Alexander. However, this couple was only married for a few years before they divorced. She was married for a second time to Arthur Ortenberg in 1957. This couple remained married until Claiborne’s death.

Liz Claiborne’s designs are still being sold in stores today. Her collection can be found in many retail outlets, including at JCPenney.

Several foundations and scholarships have been named after her. Some of these include the BDPA Foundation, which is a non-profit organization. The Liz Claiborne Design Scholarship is given by the Council of Fashion Designers of America to students who can create an original design.