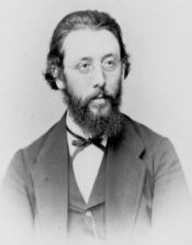 Karl Ferdinand Braun was born on June 6, 1850, in Germany. His parents were Franziska and Johan Braun. He also had several siblings.

After earning his Ph.D., Karl Ferdinand Braun became working at the Wurzburg University. While here, he primarily focused on scientific research. Karl Ferdinand Braun made an incredible amount of discoveries during the 1870’s. During this time, he discovered that point contact semiconductors could stop electrical currents from switching back and forth between direct and alternating electrical current types. This discovery would prove to be useful to other scientists for decades to come.

In 1874, Braun’s academic career began to take off. It was in this year that he started lecturing at St. Thomas Gymnasium. Just three years later, Karl Ferdinand Braun began working at the University of Marburg instead.

In the 1880’s, Karl Ferdinand Braun switched the schools which he taught at often. In just this decade alone he worked at Strasbourg University, the Polytechnic School, the University of Tubingen and then at Strasbourg University again. Once finally settled at a school, Karl Ferdinand Braun began to focus on research once more. It was in 1897 that he invented the Cathode Ray Tube (CRT) and the CRT Oscilloscope. The CRT would later be used in television screens and in other lighted monitors (like computers) until the invention and common use of LED.

In 1897, Karl Ferdinand Braun also began to work with several scientists on the subject of radio waves and wireless messaging. Karl Ferdinand Braun worked on this project for the rest of the 1800’s, and he even discovered a cat’s whisker diode and tried to patent his other wireless works in 1899.

For the first years of the new century, Karl Ferdinand Braun continued to work on his wireless transmission stems. It wasn’t until 1902 that he received his first wireless telegraph. Karl Ferdinand Braun did this by using an inclined beam antenna. Years later, in 1905, he began using a phased array antenna in his machines. This helped to make his device work better.

During World War I, Karl Ferdinand Braun with the military in their telegraph department. He wanted to help defend the German wireless telegraph system: the Atlantic Communication Company use his device. Also during the war, he was not allowed to continue his experiments to advance his device because of his involvement with Germany. He was not imprisoned, but he was also not allowed to leave the United States. He died before the war ended.

All of Braun’s awards and accomplishments are due to his achievements in science and technology.

Karl Ferdinand Braun made patents for the Wireless Electronic Transmission of Signals Over Surfaces and the patent for Means for Tuning and Adjusting Electric Circuits.

Karl Ferdinand Braun married Amelie Buhler in 1883. Together, the couple had two children.

The Society for Information Display created the Karl Ferdinand Braun Prize in 1987. It has been given out every year since then.