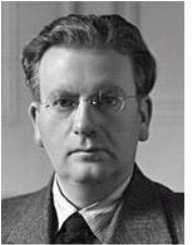 John Logie Baird was born on August 14th, 1888. His place of birth was in Helensburgh, Scotland. Baird rose to fame for his engineering skills that made it possible for people to watch television today. It is for this reason that he is commonly referred to as the father of TV. Through his early engineering skills, he managed to come up with a working TV on January 26th, 1926.

John Logie Baird was also the first inventor that demonstrated the first electronic color TV. It is from Baird’s early technological contribution to the development of the TV that he earned himself a particular spot in the history of TV.

John Logie Baird was born on August 14th, in 1888. He was the youngest son of Reverend John Baird and Jessie Morrison Inglis. He was born in a family with four siblings. Baird went for his early education at Larchfield Academy which is located in Helensburgh. Soon, he joined a technical college before later joining the University of Glasgow.

During his college years, John Logie Baird took several apprentice jobs that were directly related to the course he was undertaking. At the time he was pursuing his degree course, World War I was gradually brimming. This later affected his college studies, and he never graduated.

Inventions on the TV was a work done by several other inventors. Nonetheless, John Logie Baird was among the prominent of them that made significant contributions in inventing the first working mechanical TV. The invention process began after returning to the UK in 1920. At this time, his primary goal was to transmit sound alongside moving images. Unfortunately for him, he lacked financial support, and therefore he made use of readily available materials that were affordable.

In 1924, John Logie Baird managed to come up with a flickering image. The following year, he made progress with his invention as he made it possible to transmit pictures along with sounds. As a result of this, in 1926, he made his first public demonstrations of how his mechanical TV worked. He did this at Selfridges department store situated in London.

John Logie Baird continued with his inventions in 1927, and he successfully transmitted sound and images in a telephone wire of over 400 miles beginning in London to Glasgow. This progress did not stop there. In 1928, Baird made it possible for his televised transmission to cross the Atlantic Ocean to the New York City. It is as a result of this that the BBC made use of this transmission in 1929 to broadcast their early TV programs.

In 1931, John Logie Baird tied the knot with Margaret Albu. The couple had two children together.

Early 1946 in February, Baird suffered a stroke. A few months later in June 14th, the same year, he passed away. He was 57 years old when he died.