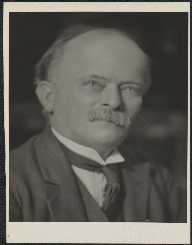 John Bradfield was an Australian Engineer famous not only for the building of Sydney Harbor Bridge but also overseeing its design. Having received a lot of honors and medals during his higher education before serving as an engineer throughout his life constructing of underground railway systems and bridges, Dr. John Jacob “Job” Crew Bradfield was, indeed, one of the best and incredibly talented Australian engineers of his time.

John Bradfield was born on 26th December 1867 in Sandgate, Queensland, Australia. He was the last born of Mr. John Edward Bradfield, a Crimean War veteran and Mrs. Maria Crew. His star sign was Capricorn.

John Bradfield was enrolled at North Ipswich State and then at both Ipswich Grammar School (located in Ipswich, Queensland), and all these were on scholarship. Upon successful completion of his studies from these schools, he proceeded to the University of Sydney where he studied Bachelor of Engineering until his graduation in 1889.

John Bradfield then proceeded with his studies and enrolled for his post-graduate studies in the same Institution and was a resident of Saint Andrew’s College and in 1896, he graduated with a Master of Engineering. He, however, did not stop there, he later enrolled for his doctorate studies, still at Sydney University and in 1924, and he graduated with a doctor of science in Engineering.

In 1889, John Bradfield was employed by Queensland Railway Department where he worked as a draftsman, a position he held well until 1891. In 1891, John became an employee of the New South Wales Public Works Department, still as a draftsman. He was employed on a temporary basis until 1895 where he finally became a permanent employee.

In the early 1900s, having obtained his Masters of Engineering, John Bradfield worked as an assistant engineer on Burrinjuck Dam, Cataract Dam, and several other projects. In the year 1912, having suggested an idea about a suspension bridge that would connect the North Sydney and Sydney, he went ahead and designed it, and the design was approved. Consequently, he was employed by the Metropolitan Railway Construction as the Chief Engineer. It was during this period that his long-term association with Kathleen Muriel Butler commenced.

In 1914, John Bradfield traveled overseas where he actively explored new approaches for the Metropolitan Railway Networks. In the year that followed, he submitted a report on electrification of Sydney’s suburban railways, the city’s harbor bridge as well as its underground railway. During this time, however, the First World War started, and this led to the postponement of his highly praised ideas. He established the Civil Aviation School where pilots were trained for overseas services. He did this together with Mr. A.E. Cutler and Professor Warren.

In 1922, the Australian Parliament finally enacted the Bridge Bill on the Sydney Harbour Bridge following which its construction, together with that of the underground railway system, officially commenced. Having retired from the railway commissioners, however, John Bradfield continued working as a government employee after the Cabinet preserved his status.