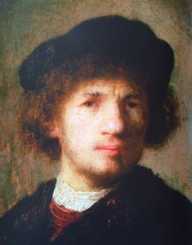 Johannes Vermeer rose to fame during the Dutch Golden Age era. He was a famous painter who was exceptionally known for his elegant use of light and color. In his painting career, Vermeer produced 14 masterpieces in a career that lasted for only 24 years. This makes him one of the legendary personalities in the field of art.

During the 17th century, Vermeer earned recognition for being the only painter that made use of expensive pigments such as the ultramarine shade. He only worked on a few paintings which did not earn him a lot of money. As a result, he died in 1675 leaving his family with a huge debt.

Johannes Vermeer was also called Jan or Johannes. He was born on October 31st, 1632. His father’s name was Reijnier Janszoon, and his mother was called Digna Baltus. He was baptized at the Reformed Church during the time of his birth.

Little information is known regarding Johannes Vermeer's painting apprenticeship. Nonetheless, sources claim that Carel Fabritius initially trained him. There are no historical records that however backup this argument. In later 1653, Vermeer signed up with 'Guild of Saint Luke.' This was a group of painters. During this period, he lacked sufficient funds that would enable him successfully enroll with the painting group.

In 1964, the 'Delft Thunderclap' explosion occurred leaving the nation in economic turmoil. It was during this period that Vermeer produced some of his best paintings. In 1656 for example, he painted The Procuress. The following year, Vermeer received financial assistance from Pieter van Ruijven who was an art dealer. Some of Vermeer early influences in his art direction included the likes of Gerard Dou, Gabriel Metsu, Nicolas Maes and Pieter de Hooch.

In the period from 1657 to 1658, Johannes Vermeer released some of the best paintings that he got high acclaim for such as The Milkmaid and The Little Street. The latter painting is currently showcased at the Rijksmuseum in Amsterdam. The Milkmaid painting is also showcased in the same museum. Both paintings are regarded as some of the most exquisite pieces of art that Vermeer worked on during his career.

The period from 1659 to 1661 saw Vermeer producing other two incredible paintings, i.e., The Girl with the Wine Glass and View of Delft. The former painting is showcased at the Herzog Anton Ulrich Museum whereas the latter is at Mauritshuis, The Hague. With his remarkable artistic prowess, Vermeer soon became the head of the 'Guild of Saint Luke.' This occurred around 1662 to 1671.

Around the same period, Johannes Vermeer went ahead and released another one of his highly acclaimed artwork called Girl with a Pearl Earring – 1665. This painting is showcased at Mauritshuis, The Hague. This work was later recognized as one of his best artwork as compared to his previous paintings.

Johannes Vermeer wedded Catharina Bolenes, and together they had 15 children in their marriage. Bolenes was also a Catholic. She was from a wealthy family. Sadly, four of their 15 children died even before being baptized.