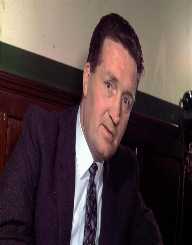 John "Jock" Stein, a Scottish football player and manager, was born on October 5, 1922, at Burnbank near Hamilton in South Lanarkshire. He abandoned his school education in 1937 when he left Greenfield school in Hamilton at the age of 15 and worked at a carpet manufacturing company for a short while. Soon, he found work as a Coal Miner and went down the pits for doing his job. He began playing competitive Football around the same time and joined Blantyre Victoria, a local junior football club after his father vehemently opposed his plan to sign for the Burnbank Athletic.

In 1942, Jock Stein signed up with senior football club Albion Rovers as a semi-professional player and turned up for the outfit for the first time as a trialist in a 4–4 draw against Celtic on 14 November 1942. Within three weeks, Coatbridge club manager Webber Lees signed Stein for his club. To avoid the compulsory conscription during the World War II, he kept his job as a coal miner, which was a reserved occupation at the time of the war. His job as a coal miner made him freely available for the regular matches, unlike others who were serving in the Armed Forces under compulsory enlisting.

However, as luck would have it, famous football club Celtic bought Jock Stein for £1,200 in December 1951 on the recommendation of reserve team trainer Jimmy Gribben. Initially, he was kept as a reserve player. However, due to injuries suffered by other regular first-team members, he was later included in the first team. The following year he was appointed the vice-captain of the team, and as the regular captain, Sean Fallon broke his arm in that season, the mantle of captaining the side fell on Stein.

During the 1952-53 season, Celtic finished eighth in the Scottish League and was invited to play in the pan-British Coronation Cup tournament mostly due to its large support base. Celtic went on to win the championship beating the likes of Manchester United, Arsenal and Hibernian to lay its hand on the Cup. In the 1953-54 season, Jock Stein was appointed the captain of the team, and he led his club to win a league and Scottish Cup Double. The league championship came for the first time since 1938 and first league with Scottish Cup Double since 1914. The club suitably rewarded all the players of the team by paying for their trip to attend the 1954 FIFA World Cup in Switzerland.

In 1954, Jock Stein was selected to play in the Scottish Football League XI, his only international recognition. His team Celtic came second in the league losing the Scottish Cup final to Clyde in 1954-55 season. In the 1955-56 season, Stein suffered persistent ankle injuries and was compelled to retire from playing football. His official retirement came on January 29, 1957, after encountering a losing battle with his worsening ankle injuries.

In July 1957, Jock Stein was entrusted with the job of coaching the Celtic reserve team. The reserve team had some talented and promising youngsters like Bobby Murdoch, Billy McNeill and John Clark who later represented the first team under the coaching of Stein. In his first stint as coach, Stein won the Reserve Cup.

On March 14, 1960, Jock Stein became the manager of Dunfermline. The team was staring at relegation and was only two points above the last place when Stein took over. Under him, the team broke their four months long losing streak and won the first six matches. Started consolidating fast, Stein roped in Willie Cunningham and Tommy McDonald from Leicester City. Within a year, Dunfermline became a force to reckon with, winning the Scottish Cup in 1961 beating Celtic in the replayed final 2-0. Both Newcastle United and Hibernian came rushing to him with an offer of coaching their side after his success story with Dunfermline. He rejected both the proposals.

Jock Stein spent four seasons with Dunfermline. He left the club and was appointed the manager of Hibernian in March 1964. As usual, the Midas touch of Stein worked wonderfully well here also, and a struggling Hibernian shook off its lethargic attitude and won the Summer Cup, their first trophy in ten years. Stein came back as the manager of Celtic in March 1965. Under him, the team won the Scottish Cup.

Among the many strategic moves Jock Stein has adopted during his long coaching career, the high point of his career came in the form of his team Celtic winning the 1967 European Cup Final defeating the previous champion, Italian giant Inter Milan. Under Stein, Celtic had a great run of success throughout the 1970s with a record of nine consecutive wins in Scottish League Championships.

Jock Stein was appointed the manager of the Scotland Football Team on a full-time basis on October 5, 1978, his 56th birthday. His first game in charge was against Norway, which witnessed a footfall of 65,872 spectators. Scotland finally qualified for the 1982 FIFA World Cup under him. However, the minnows of world football were eliminated in the group stage.

In 1946, Jock Stein married Jeanie McAuley. The couple was blessed with a son and a daughter.

Jock Stein suffered a heart attack while watching a 1986 World Cup qualification match between Scotland and Wales at Ninian Park, Cardiff being played on September 10, 1985. He died in the medical room of the stadium shortly afterwards.