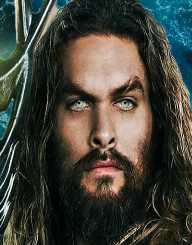 Known to many as the hot-headed Khal Drogo from Game of Thrones, Jason Momoa is a Hawaiian born actor. He has also starred in Stargate: Atlantis and is set to appear as Aquaman in the DC movie Justice League.

Jason Momoa was born on August 1, 1979. His star sign is Leo, and his full name is Joseph Jason Namakaeha Momoa. His birthplace is Honolulu, Hawaii. His mother Coni is a photographer, and his father Joseph is a painter.

His parents separated when he was still a child, and his mother raised him.

Jason Momoa got his early education in Iowa. He then studied wildlife biology at the Colorado State University.

Jason Momoa's career started in modeling after he caught the eye of the international designer Takeo Kobayashi. He became Hawaii’s model of the year in 1999 at 20 years of age. Soon, he turned to acting.

Jason Momoa got the role of Jason Ioane on Baywatch Hawaii and continued to play the role till 2001 when the show ended. He then traveled around the world before finally coming back to restart his acting career.

In 2003, Jason was cast in Baywatch: Hawaiian Wedding. In the same year, he appeared in Tempted. Momoa’s big break came with Stargate: Atlantis where he played the character of Ronan Dex. Before that, he had also appeared on the TV show North Shore.

Jason Momoa's next prominent role came in the epic fantasy series Game of Thrones. He played the role of Khal Drogo – the Dothraki king. The audience well liked Momoa's portrayal of the character, and he got a massive fan following because of this role.

His character was a brave heart but died early in the show. After Game of Thrones, Momoa was cast in a remake of Conan The Barbarian. In 2012, he also appeared in the film Bullet to the Head.

Jason Momoa debuted as a director with the film Road to Paloma – which he also co-wrote. It was released in 2014. In Batman vs. Superman: Dawn of Justice, Momoa was cast as the superhero Aquaman.

Jason Momoa is set to appear in the ensemble movie Justice League as Aquaman. He is currently playing the role of Declan Harp in the Netflix original series, Frontier.

Jason Momoa married actress Lisa Bonet after 12 years of togetherness. Bonet is 11 years older than him. They met in 2005 through mutual friends and hit it off. They tied the knot in 2017.

They have two children – a daughter named Lola Iolani Momoa who was born in 2007, and a son named Nakoa-Wolf. Momoa is also the stepfather of Zoe Kravitz – who is the child of Lisa Bonet and her ex-husband Lenny Kravitz.

Jason Momoa is a martial artist and practices Brazilian jiu-jitsu. He has a long facial scar on his left eyebrow given to him by a drunk man at a bar during an altercation.

The wound caused by the beer glass required 140 stitches to fix. The scar has now become an integral part of his on-screen persona.