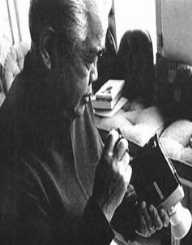 The Magician of Light and Shade: James Wong Howe

In 2004, at the age of five, James came to America along with his family to reunite with his father. He had to face racial discriminations during his childhood days and was unhappy encountering racist taunts from the neighbourhood children. Sometimes, he even resorted to bribing these children by offering candy from his father’s store to prevent such racial overtures. He happened to purchase a Kodak Brownie camera when he was 12 years old. The camera aroused in him an early interest in photography.

After the death of his father, James Wong Howe moved to Oregon to live with his uncle. During 1915-16, James pursued a career as a bantamweight boxer. He abandoned the profession after obtaining a record of five wins, two losses, and a draw. He intended to join an Aviation School and moved to San Francisco Bay Area for the purpose. However, he soon ran out of money and went to Southern California (Los Angeles).

In Los Angeles, James Wong Howe managed to get the job of a delivery boy for a commercial photographer. As he was caught red-handed developing passport photos for a friend in the darkroom of the firm, he was fired. He then worked as a busboy at the Beverly Hills Hotel to make a living.

James Wong Howe used to travel to the Chinatown on Sundays to watch movies being shot there. While attending such a shoot, he met one of his former boxing colleagues who was taking a shot for actor-director Mack Sennett on the streets of Los Angeles. Using the connection, he approached cinematographer, Alvin Wyckoff. He was hired by the Famous Players-Lasky Studios in their photography department with a remuneration of $10 per week for doing some low-level work.

James Wong Howe caught the attention of the silent film director Cecil B. DeMille while posing as an extra clapper boy on the sets of the silent romantic war film ‘The Little Americans’ (1917). Cecil was very much amused with the sight of the little Asian holding the slate with a large cigar in his mouth and kept him on only to kick start his career as an assistant cameraman.

James Wong Howe used to take still photographs of Hollywood stars for promotional campaigns. One such picture of silent era film actress Mary Miles Minter brought him instant name and fame when her pale blue eyes, which did not register well on films, looked dark in the photograph. The illusion was the result of looking at a dark surface. He soon became a sought after photographer among the Hollywood stars who insisted that he accompanied them during their shoots.

James Wong Howe went back to his native country China during 1928 and shot at various location backgrounds for a future movie he intended to direct afterwards. Though the film was never made, the footages were later used in Josef von Sternberg's ‘Shanghai Express’ (1932). His return to Hollywood coincided with the transition time of silent movies being gradually replaced by talkies or sound films. He initially struggled with the new technology since he had no experience in the cinematography of the sound films.

In a bid to bring his career on track, James Wong Howe first co-financed a Japanese language feature film shot in Los Angeles titled ‘Chijiku wo mawasuru chikara’ (The Force that Turns the Earth around its Axis). He served as the director of photography and also co-directed the film. However, the film failed to generate any significant viewership and interest among the local Japanese communities. As he found work difficult to come by, he shot a low budget feature film ‘Today’ without any remuneration. It was the director/producer Howard Hawks, who came to his rescue when Hawks hired James for the former’s 1931 film ‘The Criminal Code.’

Howe’s excellent and innovative cinematographic work in his next venture, William K. Howard directed ‘Transatlantic’ (1931) once again brought him into the limelight and restored his position as the most sought after cinematographer of his generation. He continued to work after that as one of the leading cinematographer of Hollywood throughout the 1930s and 1940s, shooting several movies in a single year.

James Wong Howe joined the film production house ‘Metro Goldwyn Mayer’ (MGM) in 1933. Working extensively, he was associated with around 15 films of the movie moguls as their cinematographer. Among these films, he shot ‘The Thin Man’ (1934) and ‘Manhattan Melodrama’ (1934) in 18 and 28 days respectively.

James Wong Howe moved over to ‘Warner Bros.’ after the shooting of those 15 films of MGM and shot ‘Algiers’ (1938). He received his first Academy Award nomination for this film. Jack L. Warner, the owner of the production house, was so fascinated by his work in Algiers that he signed James to a seven-year contract. James Wong Howe shot around 26 movies during the period of the contract for Warner Bros. and also shot four others on loan to other production houses.

James Howe was nominated for ten Academy Awards for cinematography. Among these ten, he won ‘Academy Award’ in the category of best cinematography for two films. ‘The Rose Tattoo’ (1955) and ‘Hud’ (1963) were the two films which brought the coveted award to him twice in his illustrious career.

James Wong Howe married novelist Sanora Babb, whom he met before the World War II. The marriage was solemnized in 1937 in Paris but only received legal recognition in the USA in 1949 after the abolition of the anti-miscegenation laws.

James breathed his last on July 12, 1976. His mortal remains were entombed at Pierce Bros. Westwood Memorial Park in Los Angeles.