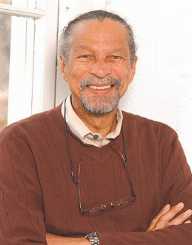 James Edward West is an American scholar, physicist, and inventor. His contribution to the field of acoustic physics has transformed the transmission and receipt of sound.

James Edward West was born in Farmville, Virginia to Samuel and Matilda West on February 10, 1931. He has a brother named Nathaniel. His parents worked in the traditional jobs available for the blacks in the southern states of the USA. Samuel worked as a funeral home attendant, salesperson, and railroad porter. Matilda, on the other hand, worked as a teacher at Langley Air Force Base elementary school. He developed an early interest in electrical equipment. At the age of twelve, he worked with his cousin to install electricity in the rural homes of his neighborhood.

He enrolled at the George Phoenix High School. Upon graduation, West joined Hampton University to study medicine. When the Korean War broke out, he enlisted to serve in the US army. After his discharge from the army, West transferred to Temple University in the state of Philadelphia in 1953. Despite the discouragement from his parents, he resolved to pursue a career in science. In 1957, he graduated with a science degree majoring in physics.

He got employed as a scientist at the Bell Laboratories in the Acoustics Research Department. In 1960, West teamed up with Gerhard Sessler in developing a low-cost compact microphone. Their initial research begun on the battery operated microphones. After many trials and retrials, the two landed on foil electrets for their laboratory experiment. They finished the project two years later in 1962, with the end product relying much on electret transducers. West did the initial tests over a period of less than one year. The duo had successfully discovered how to convert sounds into electric signals. On January 14, 1964, the US government issued a patent for their invention. By the beginning of 1968, West and his friend embarked on the industrial production of the electret microphone.

Buoyed by the success of his microphone, West engaged other researchers in view of inventing other electronic gadgets. He spent his years at the Bell research laboratories working on new inventions for years. In 1997, James West became the president of the Acoustical Society of America. He joined the National Academy of engineering in the following year. West and Sessler got inducted into the National Inventors Hall of Fame in the year 1999.

In trying to equalize the racial disparity in the field of science, West became an advocate of diversity in the selection and inclusion of other racial groups. He formed the Association of Black Laboratory Employees. The organization spearheaded the merit selection of black employees at the Bell Laboratories. By the time of his departure from Bell Laboratories, the company had aligned itself with a non-racial workforce based on the worker's competency. He helped in the formation of the Corporate Research Fellowship Program. This program helped the university student pursuing sciences get adequate sponsorship in their researching projects. In addressing the continuous progress of black science graduates, he founded the Summer Research Program. The platform complemented other civil organizations in providing placement opportunities for many graduates from minority communities. He currently serves on the board of the Ingenuity Project. This project based in Baltimore identifies and supports the bright pre-university students in mathematics and sciences.

He retired from Bell Laboratories in 2001 after serving them for four decades. In recognition of his service, West became a Bell Laboratories Fellow. After receiving numerous requests from the world of academia, he decided to join the John Hopkins University School of Engineering. West worked as a research professor at the electrical and computer engineering department.

During his active researching work at Bell Laboratories, he invented and patented over 250 patents in the US and Europe. They ranged from microphones to other electronic gadgets based primarily on polymer foil-electrets. To preserve the ideas for future generations, he wrote several books and intellectual papers. West also contributed regularly to local professional journals in the US.

The researching physicist is a member of numerous professional bodies in the US. He holds the membership of the Institute of Electrical and Electronics Engineers. At the Acoustical Society of America, West ranks as a highly honored fellow. He is a recipient of numerous honorary degrees from respected institutions across the US. Notable learning institutions to honor him are the Michigan State University and the Institute of Technology in New Jersey.

His efforts in the scientific field have been recognized by the political class in Washington DC. In 2006, the then US President George Walker Bush bestowed on him the National Medal of Technology. West received the most prestigious medal in the US for technological innovation. In 2010, West and his longtime partner Sessler co-received the Benjamin Franklin Medal in Electoral Engineering from the Franklin Institute of Technology.

Married with four children namely Melanie, Laurie, James, and the last born Ellington, West revolutionized the world of physics. His invention of the polymer-foil microphones set the pace for the replication of other inventions. Most of the microphones still use the same primary technology he used in formulating the initial product.

Other electronics that copied heavily on this technology are the telephones, hearing aids, camcorders, and tape recorders. He is currently working on developing a machine that if finished will detect the early signs of pneumonia in infants.