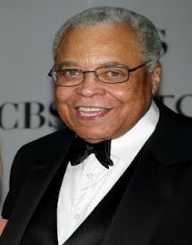 James Earl Jones is an American actor who is probably best known as the voice of Darth Vader from Star Wars and Mufasa in The Lion King.

James Earl Jones was born on 17 January 1931 in Arkabutla, Mississippi. Jones’ parents are both African American, but he also has Irish, Cherokee and Choctaw heritage. Jones’ mother Ruth née Connolly worked as a maid and a teacher. His father Robert Earl Jones was a boxer, actor, and chauffeur. Robert Earl Jones left the family shortly after James’ birth and James was raised by his maternal grandparents, John and Maggie Connolly. Aged five Jones moved to his grandparents’ farm in Michigan. The move proved traumatic for the young Jones, and he developed a stutter.

James Earl Jones attended Kaleva-Norman-Dickson High School in Brethren Michigan where he discovered a talent for writing poetry. Jones attended the University of Michigan and studied pre-med. Jones signed up for the Reserve Officer Training Corps. He was a member of the Perishing Rifles and enjoyed the camaraderie of the group immensely. Jones switched from medicine to drama at this time and graduated from the University of Michigan School of Music, Theatre, and Dance in 1955.

Following graduation, Jones was commissioned as a second lieutenant and attended Ranger School and received the Ranger Tab, although he would later claim he washed out of Ranger School. Jones’ unit was based in Colorado and led a cold training camp. Jones reached the rank of first lieutenant and was discharged. Following his army discharge, he studied at the American Theatre Wing in New York.

The Ramsdell Theatre in Michigan saw many of James Earl Jones' early stage performances, including his first performance as Othello in the Shakespeare, play Othello in 1955. Jones first film role came in Stanley Kubrick’s Dr. Strangelove or: How I learned to Stop Worrying and Love the Bomb where he played Lt. Lothar Zogg.

James Earl Jones' major acting breakthrough came from The Great White Hope. In 1969 Jones won a Tony Award for his role in the stage version and then made his first starring role in a film in the screen adaption of The Great White Hope in 1970. For his portrayal of the boxer, Jack Jefferson in The Great White Hope Jones became just the second African American to be nominated for the Best Actor Award at the Academy Awards. In 1974 Jones played Lennie Smalls in a Broadway production of Of Mice and Men alongside his estranged father Robert Earl Jones.

In 1982 Jones played the role of Thulsa Doom in Conan the Barbarian. He also enjoyed huge success for his role in the play Fences in 1987 at the 46th Street Theatre. In 1988 Jones played Eddie Murphy’s father, King Jaffe Joffer in Coming to America. 1989 brought about Jones most famous film role when he played Terence Mann in Kevin Costner’s Field of Dreams. The 1990s saw Jones perform in many hit films including, the Hunt for Red October, Patriot Games, and The Sandlot. He also lent his voice to Mufasa in The Lion King and as a narrator in Judge Dredd.

James Earl Jones has also continued to appear in major stage productions. In 2005 he performed in a Broadway production of On Golden Pond. He played Big Daddy in 2008 limited Broadway run of Cat on a Hot Tin Roof. In 2011 he appeared in Driving Miss Daisy at London’s West End. In 2013 he appeared in Much Ado About Nothing at London’s Old Vic Theatre. In 2017 it was announced that he would provide the voice of Mufasa in a Disney live-action remake of the Lion King.

Jones has also done TV work, mostly one-off appearances or voice work for famous shows. He has appeared or provided voice work for’ The Simpsons, Third Rock From the Sun, Frasier, Big Bang Theory, Two and a Half Men and some other shows. He also played Gabriel Bird, the lead character, in Gabriel’sFire and Pros and Cons which ran for 22 and 12 episodes respectively.

James Earl Jones' most memorable work in film has come through his voiceover work. He provided the voice of the iconic Star Wars’ villain Darth Vader in four films to date; A New Hope, Empire Strikes Back, Return of the Jedi and Rogue One. His other iconic voiceover came in the Disney animated film The Lion King where jones provides the voice of Mufasa. His most memorable acting roles were in Field of Dreams and Sandlot.

It his stage work that has brought Jones the most critical acclaim. His portrayal of Othello and his performances in other Shakespearean productions has earned Jones plaudits and awards. Both the Screen and stage versions of The Great White Hope brought Jones widespread fame and recognition of his talents. Jones also provides the taglines for CNN news and CNN international, ‘This is CNN’ and ‘This is CNN International.’

The Great White Hope brought James Earl Jones the most success concerning awards; he won a Tony for his role in the play in 1969. For the 1970 film adaption he was nominated for both a Golden Globe and an Academy Award in the Best Actor category, and he won a Golden Globe for Most Promising Newcomer. In 1987 he won a second Tony for his part in the stage production Fences.

James Earl Jones has been married twice. His first marriage was to American actress Julienne Marie; the pair met while acting in Othello in 1964 and they married in 1968. However, they divorced in 1972. Jones married his second wife Cecelia Hart in 1982, and the pair had a son, Flynn Earl Jones, Cecelia died in 2016.

James Earl Jones developed a stutter when he moved to Michigan as a child and stayed functionally mute for eight years. An English teacher got Jones to practice poetry to improve his speech. It was poetry reading and acting that allowed Jones to overcome his stutter. Jones has also had type 2 diabetes since the 1990s.