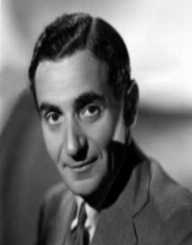 American composer Irving Berlin was born Israel Berlin on the 11 May 1888 into a family of eight children in Byelorussia. His family immigrated to New York in 1983. When Berlin was 13, his father died, and this led to financial hardship for the family.

After his father died, Irving Berlin began busking on the streets to earn a little money. He also started working as a singing waiter. By 1907, he had his first song, Marie from Sunny Italy, published and then had a significant hit with Alexander’s Ragtime Band which became known internationally

After his initial success, Irving Berlin continued writing prolifically, producing dance tunes, love songs and ballads including Blue Skies, How Deep Is The Ocean, White Christmas, Always, Anything You Can Do and There’s No Business Like Show Business. Berlin is the composer of God Bless America. He also wrote for Hollywood as well as Broadway, and his scores include Louisiana Purchase, The Cocoanuts, As Thousands Cheer, Annie Get Your Gun and Call Me Madame.

Film scores include Top Hat, On The Avenue, Alexander’s Ragtime Band, White Christmas, Holiday Inn and Easter Parade. His music was used in various television shows and films including The Jazz Singer (1927), Titanic (1997) and Downton Abbey (2011).

Irving Berlin was the co-founder of the American Society of Composers, Authors and Publishers; had his own music publishing company and his own Broadway theatre, The Music Box.

Irving Berlin received many nominations and awards. In 1942 he won an Oscar for Best Song of the Year for White Christmas. In 1945 he was awarded the US Army Medal of Merit which was presented by President Truman. He also won a Congressional Gold Medal for God Bless America which President Eisenhower awarded him in 1954. President Ford presented him with the Freedom Medal in 1977.

Berlin’s centennial in 1988 was the cause of worldwide celebrations, and a tribute concert was held at Carnegie Hall which resulted in an Emmy Award-winning CBS special. Artists who appeared at the show included Willie Nelson, Isaac Stern, Frank Sinatra and Leonard Bernstein.

Irving Berlin established The God Bless America Fund which distributes income from his patriotic songs to the Boy Scouts and the Girl Scouts of America.

Irving Berlin's wife Ellin Mackay Berlin was a novelist and short-story writer. They married on the 4 January 1926. She had been a celebrated beauty a d debutante who turned her back on her father’s fortune to marry Berlin. Coming from a family of Roman Catholics she met with family disapproval when marrying out of the faith.

The couple remained married for 62 years until Ellin Mackay death at the age of 85 in 1988. Irving Berlin died the following year on the 22 September 1989 at the age of 101. They had three daughters.