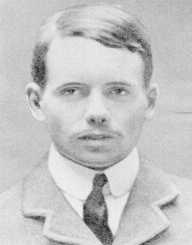 Henry Moseley studied at Summer Fields School. He showed early promise and glimpses of his future brilliance during his school days itself. Due to his excellent academic results, he was awarded a King’s Scholarship for his further studies. He found a place in the iconic Eton College. As was his usual nature, he excelled in academics in the Eton College as well and won prizes in Physics and Chemistry. In 1906, he entered the Trinity College under University of Oxford to study Physics. In 1910, Moseley completed his graduation and collected the Bachelor’s Degree from the world famous University.

Henry Moseley joined Manchester University immediately after graduation as a demonstrator in Physics under Sir Ernest Rutherford. In the very first year, he worked there as the Graduate Teaching Assistant. Subsequently, he was reassigned the duty of a Graduate Research Assistant. Mr. Rutherford offered him a fellowship but as he was keen on returning to the University of Oxford for research work, he did not accept the offer.

Henry Moseley did his initial research on radioactivity and Beta particle radiation in radium. He proved that high energy source could be realized from a radioactive source of radium. The concept of an atomic battery was thus devised from these findings of Henry Moseley. Working on X-Ray Spectroscopy, Moseley developed a systematic mathematical relationship between the wavelength of the X-Rays generated and the atomic numbers of the metals used in X-Ray tubes. The important Moseley’s law where Moseley showed that the atom contains in its nucleus many positive nuclear charges that are equal to its atomic number in the periodic table came to be recognized henceforth.

Henry Moseley was planning to return to the University of Oxford for pursuing research work. University authorities were ready with a well equipped modern laboratory for his research work but were not ready to provide him with any sort of stipend. Accordingly, Moseley resigned from his job in Manchester during the first half of 1914 and was about to return to Oxford. At this juncture, World War I broke out and Moseley enlisted himself with the Royal Engineers of the British Army against the advice and pleadings of his near and dear ones. Thinking of it as his national duty, he went to the Battle of Gallipoli, in Turkey as a technical officer in communications.

On August 10, 1915, Henry Moseley was shot in the head by an opposition sniper while he was in the process of communicating a military order. He was only 27 at the time of his death. According to the belief of many scientists, Moseley could have become one of the brightest scientists of his time had he been around for some more time. Moseley was being considered for the 1916 Nobel Prize in Physics, but due to his sudden death, the prestigious honor eluded him.