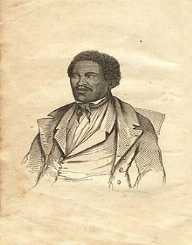 Henry "Box" Brown was an American slave born in the year 1816. Also, Henry made the revolutionary mark by escaping from his master by mailing himself to a free state. This was in in the year 1849. Henry was 33 years of age when he made his escape to an abolitionist state of Pennsylvania. After his daring escape, v became of the abolitionist speaker in the United States of America. However, during that period there was law in place to help capture runaway slaves like Henry.

So, he did not feel entirely safe. Also, he chose of relocating to England. Upon reaching England, Henry traveled the country talking about slavery and performing for the people. In England, Henry stayed there for over 25 years. He made his trade by playing for people as a magician and speaker. In the last ten years of his life, he took his family back to America. V Henry passed away in the year 1897 in Toronto.

Henry Brown was born into slavery in the year 1816 in one of the many plantations in Louisiana County in Virginia. In his autobiography, Henry remembers his parents lovingly. Some of the texts state that Henry had two other siblings a sister and a brother. When he was only 15 years of age, Henry was sent to work on a tobacco farm. The owner of the factory at which he was working was a nice person. Therefore, he was treating them well. This made most of the slaves in his care love him.

During his time as a slave, Henry got to marry another slave. However, their marriage was not valid in the view of their masters. At, the time he was making payments to the master of his wife. Henry did not want the wife's' master to sell her. However, the slaver went against his word and sold her. At the time while she was pregnant and had their three kids. On his move to England, Henry met and married another woman by the name Jane Floyd. So, after some time in England, he went back to America with his new family.

The Way to Freedom

Upon realizing that he was never going to make it out of slavery, Henry decided to get himself. He opted to get by all means necessary. So, he made arrangements with James C. A. Smith to get himself to freedom. James C. A. Smith was a free Blackman who made the coordination with a warm white cobbler to help Henry. Henry had come up with a great plan to have himself shipped out in a wooden box through the mail.

Henry had saved up some cash during his time in slavery. So, he used almost half of the money to buy his passage. Smith then went ahead to make the arrangements on how Henry would travel. Henry had to severely burn his hand to get out of working in the said escape day. Later he went ahead to execute his escape plan. In the box, Henry had a small amount of food and water to get him through.

Also, the box had only one hole on it to allow of aeration. Henry was in the box for over 24 hours to get to its destination. Moreover, it had to use multiple modes of transportation to get to Philadelphia. Henry was so excited when he was out of the box that he broke into a song of psalms from the bible.

Henry was so happy about his freedom. So, went right ahead into speaking against the heinous slavery acts. At the time he was working with the Anti-Slavery society. It was during this period that Henry got the nickname Box that he later adopted as his official name. During his time in freedom, Henry took time to publish two autobiographies: Narrative of the Life of Henry Box Brown. Also, he made the mistake of revealing how he made his escape. Thereby, he put a stop to any future slave who could use such a magnificent plan.

Furthermore, the slaver who had bought his wife and children contacted him for a sale of his family. However, Henry refused to participate in the transaction. Henry's action brought a lot of embarrassment to the abolitionists. So, they tried to keep the news out of the public ear.

Sometime later, Henry went to England because he had a paranoia of being enslaved again. This was after the introduction of Fugitive Slave Law was enacted in 1850. The law mandated the law agencies to capture all escaped slaves even in the Free states. In England, he resorted to using his skills of entertainment to make money. Henry stayed in England for over 25 years before he decided to go back home to America.

The man Henry Box Brown met his death in Toronto on the 5th of June 1897. The record of his later life in America states that he was still a performer even after going back home. In his return to America, his family also joined him on stage to perform.