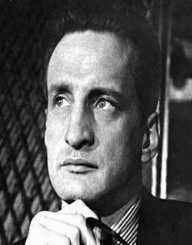 American actor George C. Scott was born on the 18 October 1927 in Wise, Virginia in the United States of America. When Scott was a child, his mother died, and the family relocated to Detroit, Michigan. During World War II, Scott joined the US Army.

George Campbell Scott was a pupil at Redford High School before spending four years in the US Army. After his discharge from the army, he studied journalism at the University of Missouri as part of the GI Bill. While at university, Scott got involved in acting.

George C. Scott's first film role was in the Hanging Tree (1958), and in 1959, he won an Academy Award nomination for his role in Anatomy of a Murder.

George C. Scott went on to have a long and successful career on stage, film, and television. Films include The Hustler alongside Jackie Gleason and Paul Newman in 1961. Jane Eyre opposite Susannah York in 1970 and dozens of other memorable roles including his 1970 portrayal of General Patton. During the 1980s his work included The Formula, Taps, Oliver Twist, A Christmas Carol, Mussolini: The Untold Story and a television series, The Last Days of Patton. He continued working throughout the 1990s, and his final roles in 1999 were in Gloria, Rocky Marciano and the television series Inherit The Wind.