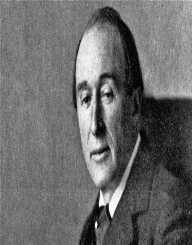 Frederick  Delius was an English composer who stood against all the odds in pursuing his music career. Born on January 29, 1862, he his family wished he became part of their mercantile business but, Frederick  Delius also had his own aspirations. Sent to Florida in the United States to manage an orange plantation, Frederick  Delius abandoned his post to pursue his call, which was music, hence returned to Europe to pursue it. With the influence of African-American music, while living in Florida, Frederick  Delius started composing his own works. During this period, Frederick  Delius undertook a formal study in music in Germany to perfect his skills and soon afterward, made music composition, a full-time career.

Frederick  Delius made his professional debut in 1886 in Paris but achieved his first success in Germany, where his works were promoted by Hans Haym and other conductors in the 1990s. It was, however, not until 1907, that Frederick  Delius was able to break into his native land, England, musical circles with the help of Thomas Beecham. His early works were influenced by the American music during his short stay there and also works of European composers like Richard Wagner and Edvard Grieg.

Frederick  Delius was, however, able to develop his own unique style, inspired by his individual orchestration and the use of chromatic harmony. His career was cut short as Frederick  Delius became paralyzed and later blind as a result of syphilis contracted during his early years in Paris. However, with the help of an amanuensis, Eric Fenby, Frederick  Delius was able to complete most of his compositions between 1928 and 1932.

Fritz Theodore Albert Delius was born to Julius Delius and Elise Pauline, nee Kronig, on January 29, 1862, in Bradford, Yorkshire, England. Frederick  Delius was the second child of four. The family was music lover therefore famous musicians like Carlo Alfredo Piatti and Joseph Joachim were usually invited to perform for the family. This was what would influence, the young Delius future career path as a musician. Growing up he fell in love with the music of Chopin and Edvard Grieg. Frederick  Delius was taught how to play the violin by Mr. Rudolph Bauerkeller of the Halle Orchestra and furthered it under Mr. George Haddock of Leeds.

Frederick  Delius later learned the piano, and it was through the piano piece, a Waltz by Chopin that would set the basis for his musical career. He received education from at Bradford Grammar School from 1874 to 1878. Frederick  Delius then continued at the International College at Isleworth from 1878 to 1880. Frederick  Delius was not academically inclined in school but found it convenient to attend concerts and opera during college.

Realising his Delius was solely interested in music, his father now agreed to allow him to pursue the career, paying for him to formally study music. He left the United States to Germany, where Frederick  Delius enrolled at the Conservatoire in Leipzig in 1886. While there, Frederick  Delius resumed his studies under Hans Sitt. Frederick  Delius later met composer Edvard Grieg in Leipzig who notice Delius musical potential and would accord him the needed help. Hans conducted Delius Florida Suite for an audience of three, Edvard Grieg, Christian Sinding and Delius himself in 1888.

That same year, he left Leipzig for Paris where his uncle, Theodore, supported him socially and financially. There, Frederick  Delius made friends with writers and artists including, Edvard Munch, Paul Gauguin, and August Strindberg. The piano scores of his first two operasIrmelin and The Magic Fountain were organized by French musician, Florent Schmitt.

However, Frederick  Delius did not make friends with many French musicians, hence; his music was not popular in France. Delius biographer, Diana McVeagh, personality, and attractiveness got him involved with some women, and that made him contract syphilis, which would later be detrimental to his health. His compositions in France include the symphonic poem Paa Vidderne, Over the Hills and Far Away and orchestral variations, Appalachia.

In 1897, Delius built a strong relationship with conductors Fritz Cassirer, Hans Haym and Alfred Hertz at Elberfeld and with Julius Buths in Dusseldorf as well as other Germans who supported his music. On November 13, Hans Haym conducted Delius, Over the Hill and Far Away under the German name Über die Berge in die, Ferne, becoming the first time, Delius music was heard in Germany. Hertz also gave a Delius concert in St James Hall, London in 1899 and among the compositions includedOver the Hills and Far Away, excerpts from the opera Koanga and a choral piece, Mitternachtslied. He did several other works in Germany, surging his reputation in that country.

In 1907,.Henry Wood revised Delius’s Piano Concerto, and Cassirer also did same concerts in London where he presented Delius Appalachia and Beecham’s New Symphony Orchestra. That was the first time Beecham heard a composition of Delius and since became an ardent supporter Delius and conducted his works.

Delius health began to deteriorate, and his eyesight was affected in that he started to dictate to his wife, Jelka as he tried to compose new works. He later had help from Eric Fenby, his admirer who offered his service without any remuneration. From 1928 to the next five years, the two would work together on new compositions and revise his earlier works. Works produced around this time include Cynara, A Late Lark, A Song of Summer, the Irmelin Prelude and Idyll among several others.

Frederick  Delius was married to Jelka Rosen, a German artist in 1903. The couple first met in 1897, became friends and their passion for the music of Grieg and works of philosopher Friedrich Nietzsche drew them together as a couple. The couple had no children. Frederick  Delius was said to be unfaithful, but Jelka continues to live with him. Delius died on June 10, 1934, at age 74. Frederick  Delius was initially buried in a local cemetery in Grez, but Jelka later moved the remains to England to be reburied at St Peter’s Church, Limpsfield in Surrey in 1935. Jelka also died on May 28, 1935.