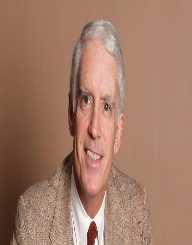 Franklin James was a renowned American film director, well remembered for his Academy award winning film 'Patton'. He was also known for winning four Emmys and one Academy award.

James came into the glare of publicity after showbiz started following the world war two days. He was a lieutenant before he was relieved of his duties and went to work as an assistant director. Soon after, he made his way to CBS television, where he contributed to what is known now as golden age TV. He made his inauguration with the 1949 TV show ‘Wesley’.

Franklin. J. Schaffner was born on May 20, 1920, in Tokyo, Japan to an American missionary couple Sarah Horting and Paul Franklin Schaffner. He was raised there until he was 5 years old.

When he was five, he moved with his family to the United States. He attended the Franklin and Marshall College in Lancaster, Pennsylvania, graduating in the year 1942 with a major in Government and English. During this early phase, he was dynamic in drama.

Later on, he joined Columbia University to study law. His education, however, was interrupted by the world war two. For four years he served as a lieutenant in the US Navy Amphibious Forces in North Africa and Europe as well as with the organization for strategic services in India-Burma and China.

Later after world war two, he took up a job for world peace organization that led him to become the assistant director of the documentary 'March of time'.

Franklin also got a job as director in the news and public affairs department of CBS television networks. His primary work was directing television coverage of the Brooklyn Dodgers in 1948. He also directed some public service programs as well as entertainment shows which included: hockey, basketball, horse races and pageant competitions.

Franklin made his directorial debut for the television show ‘Wesley’, in 1949. Shortly after, he became director of more than 150 live dramas and 100 shows. During the 1950s he filmed some amazing work such as "12 angry men", ‘The Caine Mutiny Court Martial’ and the ‘Defenders’. Which all won him Emmy awards.

In 1954, Franklin won his first Emmy award for his show 'Twelve Angry Men'. The other two Emmys followed in 1955 for directing and co-writing the Broadway play 'The Caine Mutiny Court Martial’. 'The Defenders' weekly series won another Emmy award in 1961.

In 1960, Franklin directed Allen Drury’s play, ‘Advise and Consent’. His TV documentary in partnership with Jacqueline Kennedy, 'A tour of the Whitehouse' received a Peabody award in 1962.

In addition, he ventured into films in 1963 with the movie 'The strippers'. In 1968, Franklin made a major breakthrough with a sci-fi movie 'Planet of the Apes'. Schaffner’s strength was his creativity. This always made his films above any other and that is evident in how they were exceedingly esteemed by his critics.

James marked his major breakthrough with the classic movie 'Planet of the Apes' in the year 1968. In 1971, he acted with 'Nicholas & Alexandra epical film. It was widely appreciated by his audience. He received an Academy Award nomination in the category of best picture. This was followed by ‘Papillion’ in 1973 and 1977 came 'The islands in the stream'. This one was highly criticized and was a disaster in the box office.

Franklin’s career boomed between the years 1960 and 1970. In 1968 he released ‘Planet of the Apes' which was a grand success being named one of the best science fiction films of the year.

In 1954, Franklin released 'Twelve Angry men' which as a result won him an Emmy award. The subsequent year he won two more for 'The Caine mutiny court-martial’.' The Defenders' earned him his fourth Emmy award.

Franklin, in the year 1948 married Helen Jane Gilchrist. They were blessed with two children, Jennie and Kate.

James later succumbed to lung cancer at the age of 69 on the second of July 1989.