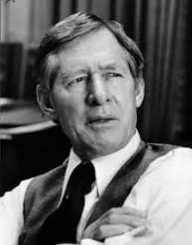 Frank Minis Johnson Jr. was an American District and Circuit judge. Born on October 30, 1918, he is known for his landmark rulings that contributed to the end of segregation and disenfranchisement of Black Americans in the South.

His classmate was George C. Wallace, who became Alabama’s governor.  When World War II broke, Johnson joined the United States Army in Europe. He became an infantry lieutenant. His involvement in the Normandy Invasion as a platoon leader earned him a Bronze Star.

Following the World War II service, Frank M.Johnson began his private law practice in Jasper, Alabama, in 1946. He remained in the private sector until 1953. An astute lawyer, he was highly against the segregation policies implemented by the Democratic Party.

Throughout this period, Johnson was also active in politics. A member of the Republican Party, he was a delegate to the 1948 Republican National Convention. In 1953, he earned an appointment as United States District Attorney for the Northern District of Alabama. He served in that capacity until 1953.

A career as a Judge

On October 22, 1955, President Dwight D. Eisenhower gave Frank M. Johnson a recess appointment to a seat at the United States District Court for the Middle District of Alabama. Judge Charles Kennamer had vacated the position earlier. On January 12, 1956, the president nominated him for the post. The United States Senate confirmed his nomination on January 31, 1956. From 1966 to July 12, 1979, he held the position of Chief Judge in the court.

One of the significant cases during this period was a case between Rosa Parks, a black seamstress in 1956. Parks had refused to vacate his seat on the Montgomery city bus for a white passenger. Johnson ruled in favor of Parks and subsequently voted with the majority on a three-judge panel to strike down Montgomery’s "blacks in the back of the bus” bus segregation laws.

Frank M. Johnson made several other judgments against the segregation laws. He made orders for the end of segregation of bus depots, including the Montgomery Greyhound station and the Montgomery Regional Airport in 1961 and 1962. Also, he ordered the Montgomery police and Ku Klux Klan desist from intimidating the Freedom Riders.

In March 1965, his ruling paved the way for activists to undertake the Selma to Montgomery march. The decision overturned Governor George Wallace's previous prohibition of the march. Due to his role in promoting civil rights, Johnson attracted hate and threats. Consequently, some aggrieved persons bombed his mother's house in 1967.

He remained in this post until July 23, 1999, when he died. Additionally, he earned an appointment to the Temporary Emergency Court of Appeals in 1972, serving until 1982.

Frank M. Johnson received several awards and honors for his judicial service. He received Golden Plate Award of the American Academy of Achievement in 1978 and an induction into the Alabama Academy of Honor the following year. He also received the Presidential Medal of Freedom in 1995.

Frank Minis Johnson Jr. married Ruth Jenkins, a classmate from the University of Alabama. He died of pneumonia on July 23, 1999, at aged 80 at his home in Montgomery.