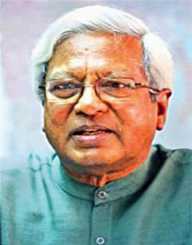 Fazle Hasan Abed was born on April 27, 1936. He is a Human Rights Activist and Social Worker. He started being an activist after a cyclone hit Bangladesh in 1970.

Fazle Hasan Abed was born on April 27, 1936, in Baniachong, Bangladesh. He was born to Siddiq Hasan and Syeda Sufya Khatun. He attended Pabna Zilla School in Bangladesh for his secondary education. He also attended Dhaka College. He later joined the University of Glasgow in Scotland to study naval architecture. He then joined the Chartered Institute of Management Accountants located in London. He graduated from the Institute in 1962.

In 1972, Fazle Hasan Abed established a non-governmental organization known as Bangladesh Rehabilitation Assistance Committee, but the NGO later changed its name to Bangladesh Rural Advancement Committee (BRAC). In 1981, he became a visiting scholar with the Harvard Institute for International Development. In 1982, he became a member of the Board of Trustees at the Bangladesh Institute of Development Studies. He was also appointed as the chairman of the Association of Development Agencies in Bangladesh.

In 1998, Fazle Hasan Abed became a member of the Policy Advisory Group of the World Bank in Washington DC and Board of Governors of the Institute of Development Studies which was affiliated to Sussex University. He was also a commissioner for the United Nations Commission on Legal Empowerment of the Poor. In 2010, he was part of the United Nations Secretary General’s Group of Eminent Persons for Least Developed Countries. In 2012, he was made a member of the United Nations Secretary General’s Lead Group of the Scaling Up Nutrition Movement. In 2013, he became the chairman of the Board of Directors of BRAC Bank Limited, a post that he holds to date.

Fazle Hasan Abed has received a lot of awards in his lifetime. In 1992, he received UNICEF’s Maurice Pate Award for his contributions towards the development of children. In 2001, he received the Olof Palme Prize. In 2007, he was awarded the Henry R. Kravis Prize in leadership by the Claremont McKenna College in California. In 2008, he received the David Rockefeller Bridging Leadership Award. He has also received honorary doctorates from universities such as Yale University and Princeton University among others.

Fazle Hasan Abed is married to Sarwat Abed who is a social worker. They have two children, Tamara and Shameran. He has an estimated net worth of $2.7 billion.