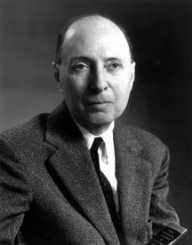 Until Eugene Wigner was nine years old, he was homeschooled by his parents. Once he attended school, he went to the Fasori Evangelikus Gimnazium. Since his family was Jewish, he also took several Jewish studies classes in addition to his secular classes. However, his parents later converted to Christianity, and he stopped taking the classes. It was also around this time that Wigner considered himself to be an atheist.

In 1942, Eugene Wigner began working for the United States of Government on the Manhattan Project. This was the project in which thousands of scientists from all over the world worked together to create the two atom bombs that the United States dropped on Hiroshima and Nagasaki in Japan. Part of the reason why Wigner agreed to work on this project was because Eugene Wigner thought the United States would be more responsible with nuclear weapons than the Nazis would be. The last thing he wanted was for Nazi Germany to create nuclear weapons before anyone else could have a chance to make their own and stop them. He worked on this project until 1945.

In 1946, Eugene Wigner became the Director of Research and Development a the Clinton Laboratory. However, he was not here for long before Eugene Wigner quit this post (as it was too stressful) and returned to working at Princeton. In the next year, Eugene Wigner began working for the National Bureau of Standards, w post which he held until 1951.

All of Wigner’s books and essays were either mathematical, scientific or works that consisted of both mathematics and science. Some of his most famous works are listed below.

Eugene Wigner died on January 1, 1995, in Princeton, New Jersey, USA. The cause of his death was pneumonia.  He was 92 years old when he passed away.

Various buildings are named for Eugene Wigner, awards are named after him, as are a third of a dozen mathematics functions, and dozens of physics equations and discoveries. Some of the things named after him are listed below.