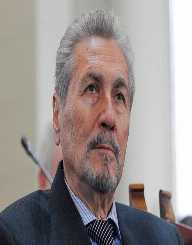 In 1991, Emil Constantinescu also became a founding member of the Civic Alliance aimed at working towards the consolidation of civil society. The Civic Alliance collaborated with other civil organizations and democratic parties to become the Democrat Convention of Romania (CDR) in 1991.

During the 1992 elections, the party elected him as their presidential candidate but was unsuccessful, losing to the incumbent president, Ion Iliescu. Emil Constantinescu was selected again by the CDR to lead the party in the 1996 elections, which he became victorious and elected as the third President of Romania. Emil Constantinescu won the elections with almost en percent margin during the second round of the elections.

Emil Constantinescu admiration was faced with several challenges affecting his intended policy implementation.  His policy to modernize and privatize some sectors of the country was curtailed by excessive bureaucracy. Emil Constantinescu was however successful in creating reforms in the judicial system, ensured good foreign policies little success in economic privatization as Emil Constantinescu was able to attract some foreign investors into the country. In 2000 during the end of his tenure, the country was hit by a devastating drought that worsened the economic fortunes of Romania. With the drop in popularity as he was unable to fulfill the promise of introducing a reformist agenda to change and improve the standards in the country, Emil Constantinescu  decided not to contest for a second term in office.

Emil Constantinescu  has received several awards and honours including the Order of the Star of Romania, Emblema de Onoare an ArmateiRomaniei("The Romanian Army's Badge of Honor") – 24 October 2012, Order of the State of Republic of Turkey, 1999, and Order of the White Rose of Finland, 1998. Others include,Order of the Elephant of Denmark, 2000, Honorary Knight of the Order of St Michael and St George of the United Kingdom and the Grand Order of King Tomislav by the government of Croatia “for outstanding contribution to the promotion of friendship and the development of mutual cooperation between the Republic of Romania and the Republic of Croatia”.