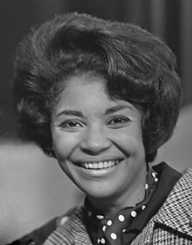 Ruth Lee Jones known as Dinah Washington was an American singer and pianist affectionately called "Queen of the Blues."Born on August 29, 1924, she was regarded as the "the most popular black female recording artist of the '50s". Washington who started her music career as a jazz vocalist later recorded songs in other genres including B&B, blues, and traditional pop music.

Dinah Washington was born Ruth Lee Jones on August 29, 1924, in Tuscaloosa, Alabama. Her mother was called Jones. She moved with her mother to Chicago in her childhood. She gained interest in music at a very young age performing gospel songs, played the piano, and directed the choir in St. Luke’s Baptist Church. She contested and won a singing competition at Chicago’s Regal Theatre after which she joined the Sallie Martin Gospel Singers.

At the age of 15, she was already performing in clubs. From 1941 to 1942, she frequently performed in Chicago clubs including Rhumboogie, the Downbeat Room of the Sherman Hotel and Three Deuces. She was later hired by Joe Sherman to perform at the Garrick Stage Bar. It was during her days at Garrick that Sherman suggested she changed her name from Ruth Jones to Dinah Washington. During a visit to the Garrick, musician Lionel Hampton was impressed with Washington’sperformance offered her the opportunity to perform with his band at its opening at the Chicago Regal Theatre. She would later perform with the band as a vocalist.

In December 1944, Dinah Washington made a recording debut with the song “Evil Gal Blues” written by Leonard Feather for the Keynote label. She was backed by Hampton and some musicians from his band including, Milk Buckner (piano) and Joe Morris (trumpet). Her next song was “Salty Papa Blues,” which alongside “Evil Gal Blues” made it to the Billboard’s Harlem Hit Parade in 1944. Washington remained with Hampton’s band until 1946.

Dinah Washington signed unto Mercury Records as a solo singer after Keynote label dissolved in 1946. Under Mercury Records, she recorded a version of Fat Waller’s famous song “Aint Misbehavin.” It became very successful and continued to record hits after hit. From 1948 to 1955, about 27 of her song made it to the R&B top ten hits and several other successes. This made her one of the successful and famous singers within that time.

She made recordings in R&B, blues, novelties, standards, and pop covers. Her top songs within the period include Am I Asking Too Much, 1948, Baby Get Lost, 1949, and a version of I Wanna Be Loved, all of which made it to the chart. In 1954, she released the album Dinah Jams, which she recorded with top jazz musicians including Clark Terry and Clifford Brown. She also worked with Ben Webster and Cannonball Adderley.

Dinah Washington performed with her band including Belford Hendricks as arrangers, Joe Zawinul, piano, Panama Francis, drums, and Kenny Burrell on the guitar. With notable success in R&B and blues among others, she also recorded pop songs including a version of What a Difference a Day Made in 1959. The song became an instant hit making it to the top ten pop hit. It peaked at No. 4 on the US pop chart. Other hits include her version of Irvin Gordon’s Unforgettable, Baby (You’ve Got What It Takes), 1960, which was a duet with Brook Benton and "A Rockin' Good Way (To Mess Around and Fall in Love)."

Dinah Washington married seven times, first to John Young. After their divorce, she married George Jenkins from 1946 and divorced the same year. She then married Robert Grayson in 1947, divorcing that same year. She then married Walter Buchanan from 1950 to 1952, Eddie Chamblee from 1957 to 1959, Rafael Campos from 1961 to 1962 and Dick “Night Train” Lane in 1963 until her death.

Dinah Washington died in her sleep on December 14, 1963, at age 39, while spending time with her husband Dick “Night Train” Lane. Dick woke up to find her in an unresponsive state.she was pronounced dead after Doctor D.C. Ross visited the scene. According to autopsy a lethal combination of secobarbital and amobarbital was a contributing factor. She was buried in the Burr Oak Cemetery in Alsip, Illinois.

In 1959, her song “What a Difference a Day Makes” received the Best Rhythm & Blues Performance at the Grammy Awards. Her recordings including Unforgettable,1959, Teach Me Night. 1954, and What a Difference a Day Makes, 1959, were inducted into the Grammy Hall of Fame. Her song “TV Is The Thing (This Year) was listed by the Rock and Roll Hall and Fame as one of the songs that shaped the genre.