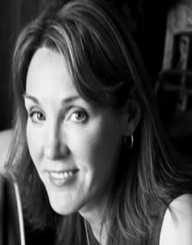 Diana Jones is an American singer who gained acclaim in 2006. She is a great songwriter that will be remembered for her album My Remembrance of You.

Diana Jones was born in 1965. She was adopted in her infancy and brought up in New York City. She cultivated an interest in music while in high school in Long Island in the 1980s. She had a great passion and interest in country music. She was a great fan of Johnny Cash and Patsy Cline. While her peers listened to Michael Jackson, Prince and Kenny Loggins, she had the contrary opinion. Her musical taste resonated with the American country music. Diana was attracted to Dolly Parton and Emmylou Harris.

After graduating from college, her foster parents took her to Tennessee. Jones was reunited with her biological family in eastern Tennessee. She owes her musical genes to her grandfather Robert Lee Maranville. He was a man of great musical talent. Maranville performed with Chet Atkins in the same band, Knoxville. Diana grew her roots deeper into music through writing and live performances. Most of her live performances were in Austin, Texas. This was considered as the capital of classical American folk music. Diana Jones gained popularity for her music in the 1990s. She was able to release two albums, and subsequently signed for a music deal with Ham Stein Publishing. In 2000, the inevitable happened. Jones lost her grandfather, Maranville. This was a devastating moment in her life. She went into hibernation for a while to grieve the loss.

After a time of self-reflection, she wrote the song My Remembrance of You. It was a somber tribute to her grandfather. The song was an instant hit. Her fans spearheaded her to an overwhelming recognition as the emerging artist in the year 2006. Her songwriting talent was also recognized. She won the New Folk Award competition at Kerrville Folk.

In 1997, Jones released Imagine Me. This song was rated as one with the best combination of the traditional American folk genre blended into a piece of modern female folk music. But her re-emergence with the song My Remembrance of You was the biggest gift for her fans. The album was launched on 12 March 2006, as a tribute to her producer and archivist Alan Lomax. Jones also dedicated the song to her grandfather.

Jones was not only good in vocals, but she also featured on instruments like the fiddle, mandolin, and the guitar. She did her music in collaboration with musicians like Duke Levine who did the strings, Jay Ungar did the fiddle, and Bob Dick on the bass. Her music was praised as to having been choreographed so beautifully. The music sounded more like sounds from 1935, rather than 2005 due to its originality.

Jones kept on growing her music standards with the release of new albums. In 2009, she released yet another beautiful album Better Times Will Come. It included Russell's final words, Cracked and Broken, and The Day I Die. She got the song back up for this track from Naci Griffith. In 2011, she released High Atmosphere, followed by the Museum of Appalachia in 2013. Her music prowess has given her a chance to share the stage with music giants like Janis Ian, Martina McBride, Guy Clark, Steve Earle, and Richard Thompson among others. Jones is quick to acknowledge other musicians beautiful voices, despite the fact that she sings well. She admires the vocalization of Ginny Hawker.

She uses her private efforts to uplift the underserved in the society. Jones has a foundation called the Diana Jones Award. This organization is used in charity auctions. These awards are celebrated due to the numerous benefits they bring to society. It is believed that a single event in the Irish Game Auction can collect up to USD 40,000 that is allocated for local charities. Through her award, the gaming auction goes a long way to support the needy in the society.

Despite being an adopted child, her persistence to bring her music dream into a reality came to pass. Jones celebrates her dream with the greater American family. She is one of the greatest and cherished musicians in American history. Her talent is a motivation to the young upcoming musicians.

She leaves behind a legacy that will be cherished by many through her music. She is an excellent example of the benefits of hard work and persistence in the music industry.