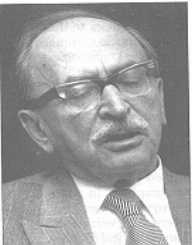 Also Known For : Father Of Holography

Physicist Dennis Gabor was born on the 5 June 1900 in Budapest, Hungary to Bertalan and Adrienne Gabir. His father was the director of a mining company.

At the age of fifteen, Dennis Gabor became interested in physics and taught himself calculus, working through the textbook of Chwolson. He studied Abbe’s theory of the microscope and Lippman’s method of color photography. Together with his brother George he carried out experiments in a small home laboratory.

In 1927 Gabor began working at Siemens & Halske AG, and early successes included the invention of the high-pressure quartz mercury lamp with superheated vapor and the molybdenum tape seal which went on to be used in street lamps.

When Hitler rose to power in 1933, Gabor left Germany and settled in England. He found a job at the British Thomson-Houston Company in Rugby and continued working in their research laboratory until December 1948. It was during 1948 that he developed a system of stereoscopic cinematography and carried out essential experiments in holography. In 1960 the laser was invented, and this enabled holography to build and become commercially viable. Gabor was awarded the Nobel Prize in Physics in 1971 for his invention and the development of holography.

On January 1, 1949, Gabor joined the Imperial College of Science & Technology in London. He was initially a reader in electronics but was later appointed Professor of Applied Electron Physics. He remained in this position until his retirement in 1967.

Dennis Gabor obtained a diploma in electrical engineering from the Technische Hochschule in Berlin (1924-1927).

After retirement, Dennis Gabor continued as a senior research fellow at his college, and Gabor also became staff scientist at CBS Laboratories in Stamford Connecticut where he collaborated with Dr. Peter C Goldmark.

Dennis Gabor was conscious of a disconnect between technology and social institutions believing that inventive minds should treat social inventions as their priority. He authored three books: Future (1963), Innovations (1970  and The Mature Society (1972).

Dennis Gabor became a fellow of the Royal Society in 1956. An honorary member of the Hungarian Academy of Sciences (1964 D.Sc. Univ. of London), The Young Medal and Prize (1964) and the International Institute for Communications in Genoa awarded him the Columbus Award (1964). Gabor was the inaugural recipient of the Albert A. Michelson medal presented by the Franklin Institute in 1968 and the same year he won the Rumford Medal performed by the Royal Society. During the 1970s he earned the Medal of Honour from the Institute of Electrical and Electronics Engineers and was made a Commander of the Order of the British Empire (OBE) Engineers, 1970. Prix Holweck from the French Physical Society. In 1971 he won the Nobel Prize in Physics for his invention and development of the holographic method.

Awards presented in his honor include the International Dennis Gabor Award given by the Hungarian Academy of Sciences to promising young scientists and the Gabor Medal presented by Royal Society of London.

During World War I, Dennis Gabor saw service as part of the Hungarian forces in Italy.