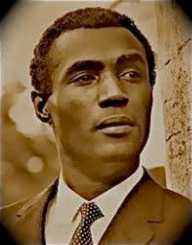 Denmark Vesey was an African American freed slave who tried to organize a massive slave revolt on American soil.

Denmark Vesey was born in 1767. He has a childhood history shrouded in unconfirmed theories. Popular theories say Vesey was born on the Dutch colony of St Thomas, while others say he was born in West Africa. His exact date of birth is also disputable.

Telemaque suffered epileptic seizures during his stay at his new master. When Joseph Vesey arrived back at Cap Francois from Africa, he took back Telemaque. Telemaque became Vesey’s slave once more. Telemaque settled in South Carolina with his master. He grew up serving and traveling with Joseph Vesey in his slavery voyages. In 1783 Joseph Vesey moved to Charleston.

In September 1799 Telemaque bought a street lottery ticket. In November of that year, Telemaque won the USD 1,500 lottery. He purchased his freedom from Joseph Vesey for USD 600 ending a 20-year slavery journey with Joseph Vesey. On December 31, 1799, Telemaque became a free man. He adopted the name, Denmark Vesey. Denmark is a variation of his earlier Telemaque and Vesey as an honor to his former slave master.

He stayed back in Charleston and started a carpentry workshop. Denmark Vesey became prosperous buying property and housing many other freed slaves. Denmark was a linguist. He fluently spoke English, French, and Spanish. He also knew some variations of Creole languages of the Caribbean Africans.

In 1818 Denmark Vesey joined the membership of the African Methodist Church in Charleston. Denmark soon became a prominent minister to the congregants. He encouraged the predominantly slave congregation of how the African slaves will one day be delivered like the children of Israel. He reiterated on the need of the slaves to resist the subjugation.

Denmark became more vocal as more slaves assembled for worship. The services occasionally went into the night. Charleston authorities closed the only African church in town. The slave community did not have the mandate to operate a church. The church was reopened after intervention from supportive white Methodist clerics.

As a free man, Denmark Vesey read a lot about the slave revolutions that happened in the Americas. He once contemplated relocating to Haiti or the British colony of freed slaves in Sierra Leone. He canceled his plans since his wife and children were born into slavery. He started devising a way in which all African slaves could revolt and flee to freedom. His resolve grew stronger after the Haitian president called on the freed African American slaves to relocate to Haiti.

Haiti had revolted from the French occupation, thus making it the first former slave country to gain freedom in the Americas. He started planning of a major escape with if possible all the slaves in Charleston. Another African Methodist Church member Jack Pritchard helped Denmark in the logistical planning of the daring mission.

Denmark Vesey and Pritchard scheduled the escape on July 14, 1822. African slaves were to wake up at midnight, kill their masters, rob the business stores and banks, plunder all the medical supplies and sail to Haiti. Denmark embarked on collecting guns and other ammunition ready for the fight to freedom. Though the exact membership of the secret revolt is unknown, Pritchard claimed that they were over 6,000.

On June 20, 1822, two slaves privy to the escape plan to their master. The governor staged a counter operation to the program. He organized a militia group to help arrest the suspects.  On June 21, 1822, Denmark Vesey and his co-planners were arrested. The leaders were tried and convicted. The court found 35 people guilty of planning a revolt and sentenced them to hang. Denmark and his friend Jack Pritchard were hanged. Other slaves who participated in the meetings were sold in the Caribbean islands and Europe.

Denmark Vesey failed in his mission to lead a slave exodus out of the US. He proved that with courage and determination, humanity could defeat any bondage subjected to it.

News about the plot traveled fast across the country. Slave trade abolitionists used the opportunity to bolster their campaign against the inhuman trade. Denmark left his mark in the fight to abolish the cruel practice.